At the recent 93rd Annual Meeting of The Society of Naval Architects and Marine Engineers, honors in the form of medals, prizes, and certificates were presented to a number of members and others during ceremonies at the New York Hilton Hotel. The four top awards, the Taylor, Land, and Blakely Medals and the Elmer A. Sperry Award were presented at the Annual Banquet, at which the principal speaker was Walter F. Williams, president and chief operating officer of Bethlehem Steel Corporation.

Thomas B. Crowley, who received the annual Vice Adm. "Jerry" Land Medal "for outstanding accomplishment in the marine field," took the helm of Crowley Launch and Tugboat Company more than 35 years ago, and built the company from a local tug operation into the diverse and worldwide Crowley Maritime of today. He is an ardent supporter of the U.S. merchant marine, and has been active in a number of organizations in support of that goal.

The Blakely Smith Medal is awarded biennially "for outstanding accomplishment in ocean engineering." It was given to John A. Mercier, a key figure in the development and placement in the North Sea of Conoco's Tension Leg Platform (TLP), a gigantic engineering achievement that makes oil and gas production practical from waters deeper than ever before.

The Elmer A. Sperry Award for 1985 was given to George H.

At the President's Luncheon held the day before the Banquet, the following awards were presented: The Capt. Joseph H. Linnard Prize for 1985 was awarded to Robert X. Caldwell, Maurice Gordon, and Dwight K. Koops for their paper, "Two State-of-the-Art Specialty Products Ships: Design, Construction, and operation." This prize goes to the author or authors of the best paper contributed to the Transactions of the Society at its Annual Meeting of the preceding year.

The best paper delivered before one of the SNAME Sections gets the Vice Adm. E.L. Cochrane Award.

The Graduate Paper Honor Prize for 1985 was presented to Vassilios E. Theodoracatos for his paper, "An Experimental Study of Elastohydrodynamics of Towed Flexible Cylinders Aided by Video Image Processing." The Graduate Paper Award for 1985 was given to Charles H. Goddard and Udo H. Rowley for their paper, "Implementation of a Computer-Supported Naval Ship Design System at MIT," delivered at the New England Section in January 1985.

George A. Kriezis received the Undergraduate Paper Award for his 1985 paper, "A Computer Code for the Prediction of Response Characteristics of a Marine Riser at Right Angles to a Uniform Stream," delivered at the MIT Student Section in November 1984.

Strohmeier "for their outstanding contribution to the profession and to yachting safety as directors of the project on Safety from Capsizing." At the same ceremony, the Society's immediate past president, C. Larry French, received a Presidential Certificate of Appreciation. 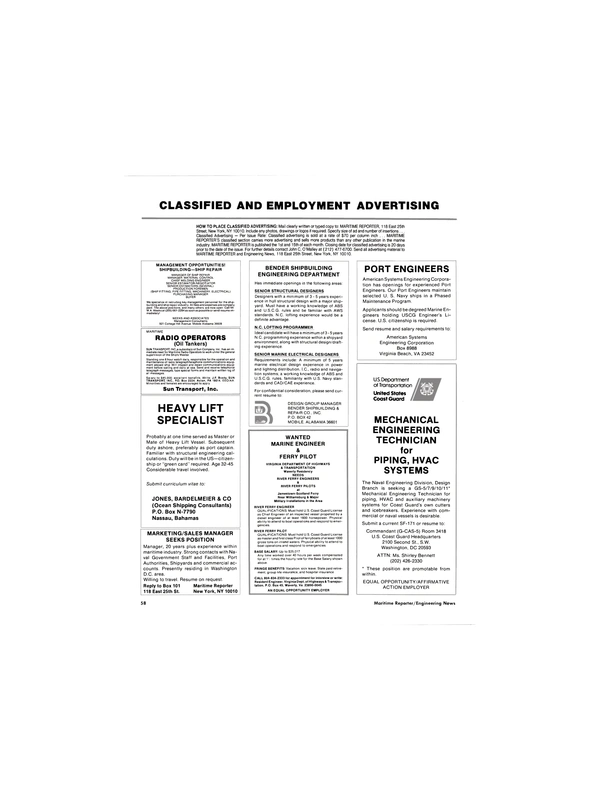