The Sparrows Point Shipyard of Bethlehem Steel Corporation has been awarded a major contract for the repair of the S.S. Energy Independence, according to David Watson, general manager.

The 666-foot-long coal carrier, owned by the New England Collier Company in Philadelphia, Pa., entered the yard recently for an approximate 40-day duration while the engine's main drive gear is re- moved and replaced with a new gear, Mr. Watson said. The cost of the job was not disclosed.

Mr. Watson said the work will be complicated and represents one of the first quick turnaround repair projects lined up by the yard, which has historically been involved in long-term new buildings and reconstruction.

The general manager said employee levels have been declining recently while the yard prepares for the construction start of two U.S.

Work on this ship will help maintain the present workforce level of 1,200.

The S.S. Energy Independence, one of the only American-flag ships afloat capable of using coal or oil for fuel, carries coal throughout the northeast and calls frequently on the Port of Baltimore. The ship is 95 feet wide, 56 feet deep and powered by General Electric steam turbines and gears.

In addition to this job, the yard began the fabrication this month of a 310-foot-long container barge for the Hale Container Line, Inc. of Baltimore.

For further information and complete literature on the Sparrows Point Shipyard of Bethlehem Steel Corporation, Circle 72 on Reader Service Card 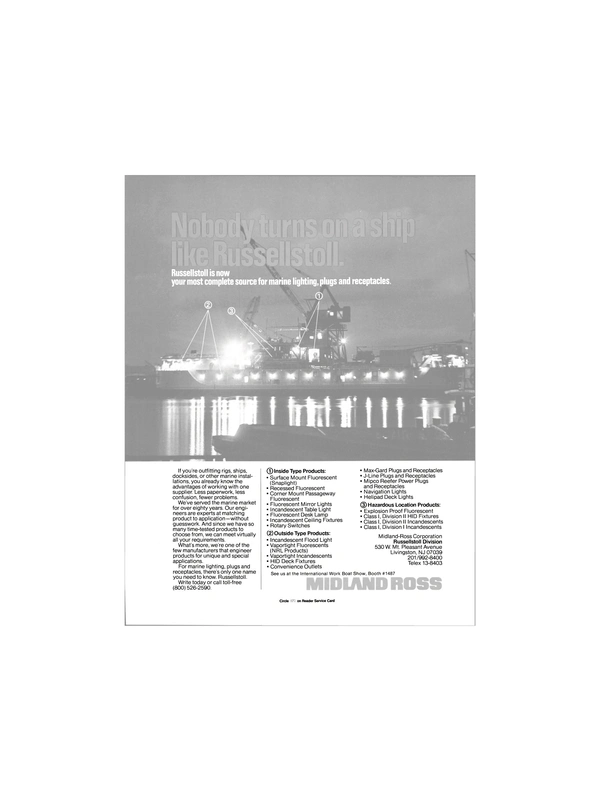