ABB Marine has signed a $50- million contract with the Merchant Shipbuilding Division of Fincantieri in Trieste, Italy, concerning the delivery of the electrical propulsion and power systems for three 50,000- grt cruise vessels under construction for Holland America Line (HAL).

Each vessel will carry 1,250 passengers, and will enter upper-market services in the Caribbean between 1992 and 1994.

Responsibility for providing the various components of the $50-million propulsion package will be divided between two of ABB's operations centers in Europe.

ABB Marine in Italy, (ABB Industrial the legal consortium leader, will be supplying four air conditioning compressor motors of 1,000 kw each; two motor/generator sets, each 6.6 kv/450V, 937.5 kw; three thruster motors of 1,720 kw each; one main switchboard rated at 6.6 kv; an emergency generator with 750 kw output; plus a total of five distribution transformers. Three of these are rated at 6.6kv/450, 2,625 kw.

Over the past decade, cycloconverters driving synchronous motors have shown outstanding reliability on several icebreakers. In addition, orders have been received for similar propulsion systems for one Japanese (Crystal Harmony) and two U.S. cruise vessels (Fantasy and Ecstasy).

The M/S Fantasy was recently delivered to Miami for Carnival Cruise Lines; the Ecstasy is scheduled to be delivered next April. 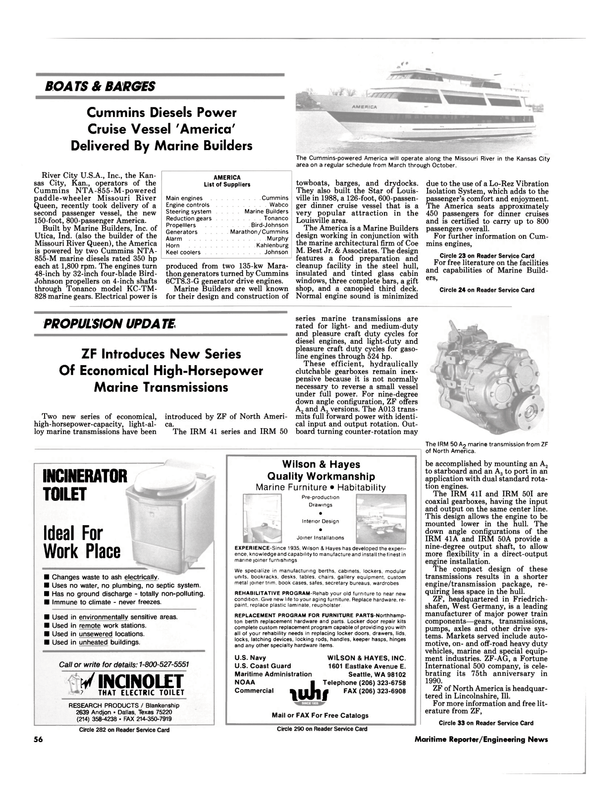