The Mine Countermeasure Ship is a new design, designated the "Avenger" class. The ships are 224 feet in length, have a beam of 37 feet, a draft of approximately 11 feet, and a full load displacement of about 1,300 tons. They are equipped with the latest state-of-the-art combat systems equipment designed to search and destroy mines. The system includes the AN/SQQ-30(V) mine-hunting sonar, the EX1 MOD 0 mine neutralization system, and a precise navigation system (AN/ SSN-2[V]). The ships carry a complement of 81 crew and officer personnel and are designed to operate independently in any area of the world for an indefinite period.

In preparation for the launch, the ship was moved from its construction site in Marinette Marine's Ship Erection Building to the designated launch site, approximately 900 feet away. The vessel, which weighed in at over 900 tons at launch, was literally "walked" to the site supported by Marinette's Dual Walking Beam, a computer-controlled, hydraulically operated 1,600-ton capacity transfer system. 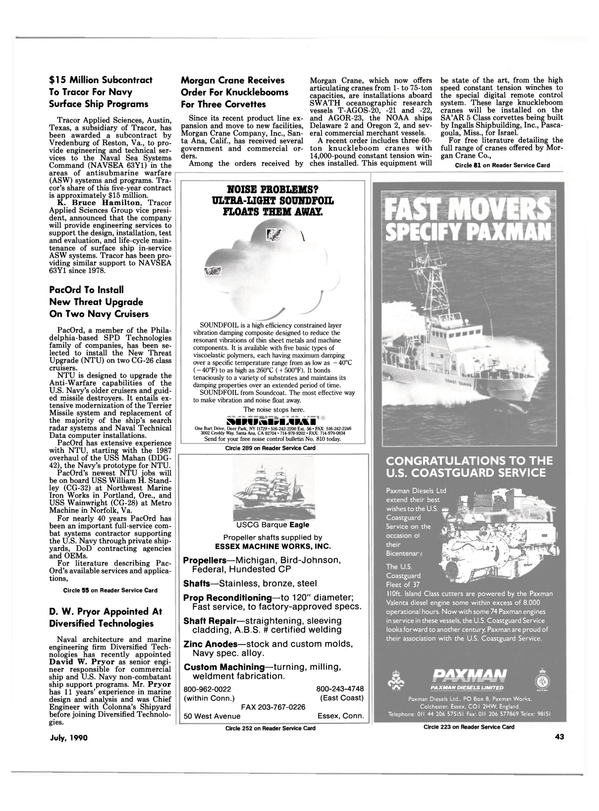