Atop is the flybridge which includes a lounge with fixed cocktail seating for 62, dance floor with bandstand, bar and promenade area. A helipad is also located on the flybridge.

Below decks, the Anita Dee II will have four staterooms, separate crew quarters, a captain's stateroom with bath, quarters and bath for two, and a changing area and lockers for the chef and waiters.

The Anita Dee II will operate in Chicago during the summer to mid- October, and in the winter from the Bahia Mar Resort and Yachting Center in Ft. Lauderdale, Fla., from mid-November to mid-March.

As the contract called for only eight months construction time, Aluminum Boats was able to speed up construction by having the boat's hull and superstructure fabricated at Equitable Shipyards in New Orleans, a sister shipyard to Aluminum Boats, in the Trinity Marine Group.

The Anita Dee II will be 140 feet in length, with a 33-foot beam, and a 9.5-foot depth amidship. She is powered by two Caterpillar 3408TA diesel engines driving through Twin Disc reverse reduction gears, and can achieve a cruising speed of 12 knots.

For free literature on the facilities and capabilities of Aluminum Boats, Inc. 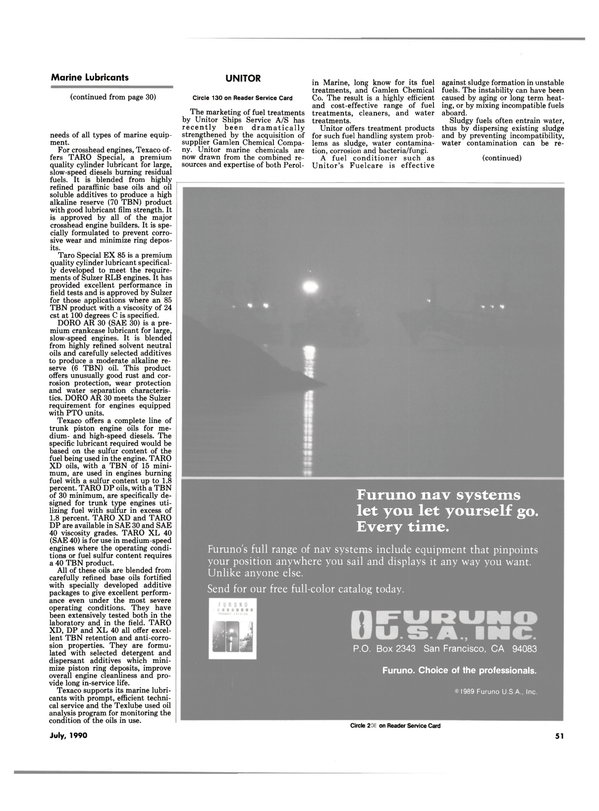