COMSAT Mobile Communications is upgrading its Southbury, Conn., coast earth station to provide communications access to a second INMARSAT satellite over the Atlantic Ocean that will offer maritime, aeronautical and international land-mobile customers coverage in a fourth ocean region planned for the fourth quarter of 1990.

The short-term reason for the expanded coverage, according to Mr.

Mario, is to relieve congestion in the INMARSAT satellite system until its second-generation satellites are launched in late 1990 and 1991.

From a longer-term perspective, this will allow complete global coverage for COMSAT services by closing a small coverage gap which exists in the current INMARSAT three-ocean region satellite configuration.

"The level of communications traffic in the Atlantic Ocean region is double that of the Pacific and Indian Ocean regions. When COMSAT begins operating in both Atlantic Ocean regions, it will effectively add and estimated 50 percent to available capacity, relative to the capacity of the single Marecs satellite," he said. The cost of upgrading the Southbury facility is approximately $2 million, according to Mr. 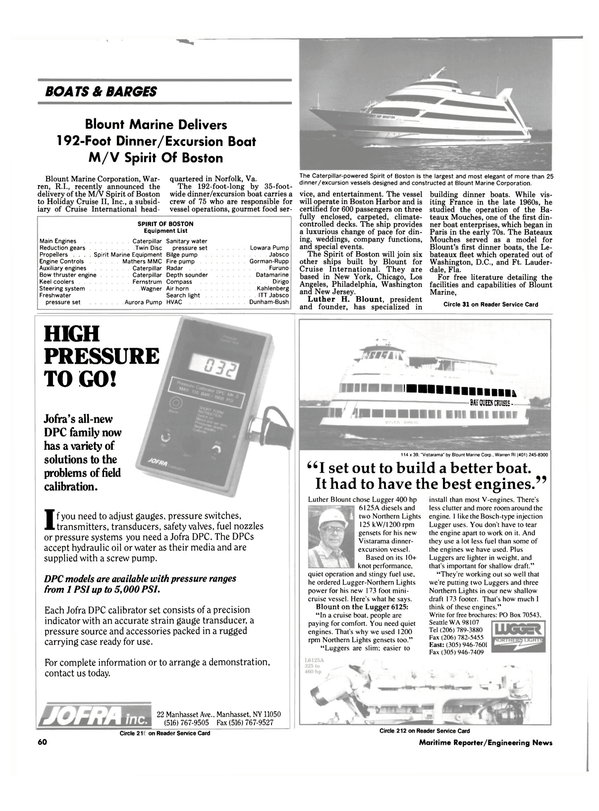