Although formed under the Treasury Department from the Lifesaving Service and Revenue Cutter Service in 1915, the roots of the U.S.

Coast Guard can be traced to August 4, 1790. It all began with a request by the Secretary of the Treasury, Alexander Hamilton, to Congress for the authorization of the construction of 10 revenue cutters to stop smugglers trying to evade payment of import taxes.

This gave birth to the Coast Guard and earned Secretary Hamilton the title of "The Father of the Coast Guard." Besides their smuggler interdiction duties, revenue cutter sailors had to battle pirates and privateers, and enforce U.S. quarantine laws.

As the nation grew, larger and more heavily armed cutters were built and used in the country's first war—the Quasi-War with France (1797-1801). In the 1800s, revenue cutter sailors fought in the War of 1812, the Mexican-American War, the Civil War and the Spanish American War. For instance, in the War of 1812, the Revenue Cutter Vigilant captured the British privateer Dart, which had seized nearly 30 American vessels.

Revenue cutters fought on both sides of the Civil War. The Revenue Cutter Harriet Lane opened the Civil War's naval conflict, when it fired the first maritime shot at the steamship Nashville in Charleston Harbor.

A revenue cutter rescue at Cardenas Harbor, Cuba, was one of the most dramatic incidents in the Spanish-American War in 1898.

While under fire from shore, the Revenue Cutter Hudson towed the damaged USS Winslow to safety.

The Life Saving Service, formed in 1848, and Bureau of Navigation, begun in 1838, became key to the service's safety mission. They eventually joined the Revenue Cutter Service and the Lighthouse Service, begun in 1716, to form today's U.S.

Federal lifesaving stations were first built in 1848 and daring surfmen carried out a number of dramatic rescues. In 1889, for example, Ramus Midgett single-handedly waded through the treacherous surf of North Carolina's Outer Banks to rescue all 10 passengers and crew from the barkentine Priscilla. The surfman even saved the ship's dog.

A key mission of the Lighthouse Service has been and continues today (under the auspices of the Coast Guard) to be accident prevention.

Lighthouse keepers have guided ships into the nation's harbors since colonial times.

The Coast Guard's environmental responsibilities also have a long history.

Beginning in 1890, the Revenue Cutter Bear introduced a herd of reindeer to Alaska to help supplement the Eskimo food supply. The International Ice Patrol was established after the sinking of the Titanic, and today, Coast Guard aircraft still patrol the busy, fogshrouded, ice-laden waters between the United States and England.

The Coast Guard served during World War I, as well as in the Roaring '20s in the battle against rum runners.

During World War II, the Coast Guard underwent its greatest expansion, growing to more than 240,000 members. The vast majority were reservists. The Coast Guard played a vital role in the North Atlantic convoy duty and landed soldiers and Marines on the beaches during every major amphibious operation.

Signalman First Class Douglas Munro, who lost his life rescuing a company of Marines at Guadalcanal, was awarded the Medal of Honor. He was the only coastguardsman so honored.

By the end of World War II, the Coast Guard was a true multimission service. It broke ice, marked rivers, helped with flood relief, and continued ocean patrols, aiding ships and planes in distress and providing vital weather information.

Ice operations expanded after the war. In 1957, the cutters Storis, Bramble and Spar began Arctic ice operations by crunching through the Northwest Passage. This proved that ships that were building the Distant Early Warning Line, a series of radar stations, could escape to the east if necessary.

Coastguardsmen fought on foreign shores once again, during the Vietnam War, to block seaborne supply routes. With Coast Guard cutters patrolling, a small wooden sampan had only a small chance of getting through, while a steel-hulled vessel had none at all.

During the 1970s, a series of oil tanker accidents led to an expansion of the Coast Guard's marine safety mission. The Coast Guard created Pollution Strike Teams and greatly increased the ship inspection and pollution monitoring programs.

The 1980s opened with a nonstop search and rescue case—the Cuban boat lift. More than 225,000 Cubans jammed into boats of every conceivable size, shape and condition and fled Cuba for the United States.

Many had to be rescued.

In 1980, Coast Guard pilots assisted by U.S. Air Force and Canadian pilots carried out one of the most dramatic helicopter rescues in history. When the cruise ship Prinsendam caught fire off the coast of Alaska, helicopters flew to the limit of their range and saved all of the more than 500 passengers and crew.

The Coast Guard Auxiliary has been a vital part of the service's safety mission. Since it was formed in 1941, the auxiliary has taught boating safety courses to thousands of people, conducted numerous boat safety inspections, and assisted the Coast Guard with search and rescue efforts.

The Coast Guard was started as a law enforcement agency and in the 1980s, the service is still at it. The Coast Guard enforces fisheries laws in the frigid New England and Alaskan waters and stops illegal migration in southern waters.

Stopping entry of illegal drugs is the Coast Guard's largest law enforcement mission today. The Coast Guard has intercepted thousands of cargoes of marijuana and cocaine.

As it begins its third century of service, the Coast Guard remains Semper Paratus—Always Ready— to enforce U.S. laws and respond to future challenges in the maritime region. • 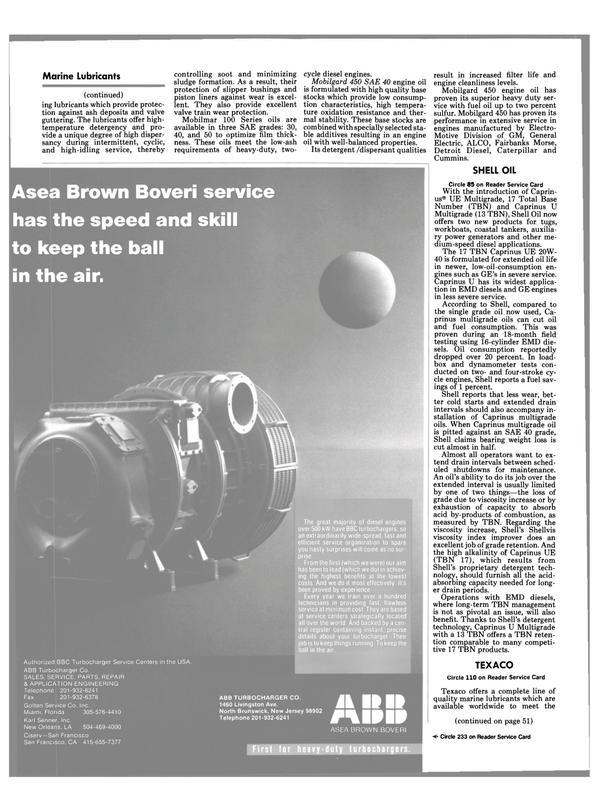