As the United States Coast Guard enters a third century of service to Americans, our future is as bright as it is challenging. Our anthem has a line that sums up our existence: "Semper Paratus (always ready) is our call." For two centuries of service, we have lived up to that goal.

Whether it was destruction by hurricanes like Hugo, or earthquakes in San Francisco, Coast Guard men and women were there to help.

Large oil spills received national attention. But we also answered the call to another 8,000 oil and chemical spills last year. Large or small, the Coast Guard responded and did what we could. We can take pride in our accomplishments, but they are in the past.

Today we are working hard. Our men and women are knowledgeable and dedicated. Where do we go from here? Our watchword as we enter our third century must be balance.

We must recognize that all of our operational missions are equally important.

We cannot forget our humanitarian tradition. We are first and foremost "the lifesavers." Our roots are found in the brave men and women who risked their lives so that others might live. Our technology will change, but our commitment to saving lives and property will not.

Our leadership in maritime law enforcement is well established. Unfortunately, drugs will continue to plague the nation as the Coast Guard enters its third century. Fisheries are growing in importance, and that will continue. Our role in these missions will continue to grow, and we will continue to build partnerships with the Office of National Drug Control Policy, Department of Defense, Customs Service, Drug Enforcement Administration, and National Marine Fisheries Service.

In the mid-1980s we assembled the right mix of interdiction re resources and virtually shut down large shipments of marijuana across the Caribbean. We went from two or three motherships a week, with 20- 40-ton loads, to one or two ships a month, with 5 to 10-ton loads.

In the last 8-12 months, we have seen a dramatic decline in cocaine shipments across the Caribbean. Increased pressure in Colombia, increased Department of Defense resources have made the difference.

We wholeheartedly welcome the other armed services into this effort.

We have not won the war on drugs.

But we are winning an important battle. We need to keep the pressure on the Caribbean, and be ready as the smugglers shift to new methods.

In the future, the environment will take on greater importance for the nation and the Coast Guard. We must maintain our leadership role in both the national and international areas. We will improve our oil spill response capability. But we must also improve our ability to prevent spills. Equal parts of the balance must be operational readiness and regulatory prevention. Keep the oil in the ship if we can, but answer the call to clean it up if it gets out.

The Coast Guard needs to recognize the balance between operational and support functions. The pilots cannot fly to a rescue, the boat crews cannot search for drugs, and oil won't get cleaned up if the spare parts aren't ordered, the paperwork isn't completed, and the lawyers don't dot the "I's" and cross the "T's." Both elements need to be done right if we are to answer the call.

A good example of mission balance is the design of our new seagoing buoy tenders. The present fleet of 180-foot buoy tenders are all approaching 50 years of service—a good return on the taxpayers' dollars— but now the costs of maintenance and repair are getting prohibitive.

These ships need to be replaced.

These vessels will be scattered in ports around the country and put to work servicing aids to navigation.

When an oil spill occurs, they can respond instantly to begin a cleanup operation. They will be an important segment in the joint effort to protect our environment.

As this is being written, Congress is in conference formalizing an oil spill bill. The final form is yet unknown, but both the House and Senate versions contain increased responsibilities for the Coast Guard.

More strike teams are needed to respond to spills. More vessel traffic systems are also required to prevent spills. Funding for equipment and personnel will need to be addressed, but it seems certain some form of this legislation will pass and be signed into law.

Our sister military services have been our partners in war and peace for many years. If changes in Europe cause the United States to draw down troop levels overseas, the importance of military sealift capability will grow. That means the Coast Guard's roles in port security and the maritime defense zone will remain part of our balance. As we have for our first two centuries, we will remain flexible and adapt to changing requirements.

Drug interdiction, maritime safety, environmental protection, and national security are all important, but the most important element we need for balance is people. We ask a great deal of our Coast Guard men and women. They willingly go into harms' way for the good of others.

They spend long hours serving their country, often separated from home and family for extended periods.

Taking proper care of them is the top responsibility for their Commandant.

Most Coast Guard stations are small, 20-25 people. Many are in areas with no big military bases nearby, no commissaries or military hospitals. Most of our people don't have access to military housing.

They are often stationed in resort areas because that is where the work is. But that is also an expensive place for a young seaman or petty officer to rent housing. We ask so much of them, we must ensure they get adequate housing and medical care. We must balance our operational needs with the needs of the people who answer our operation calls.

As we enter our third century, I see a strong Coast Guard with strong men and women carrying out vital missions. The future looks good. As always, there are challenges to be met and changes to be made. We have answered the call for two hundred years. The young men and women I have met throughout today's Coast Guard are our future, and they will uphold the great traditions of those who have gone before them. 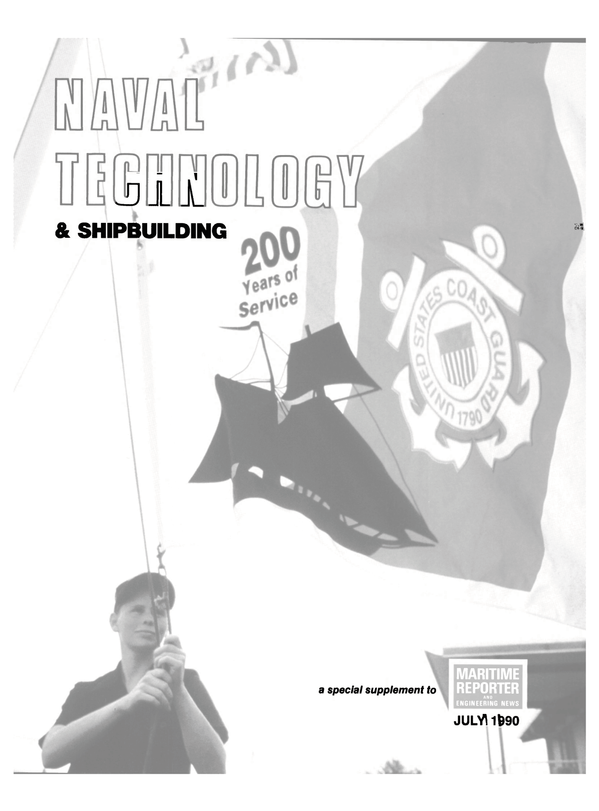