Reportedly, they will be the first SES fireboats built in the U.S.

Scheduled for delivery in 1992, the SES fireboats will provide New York City with several capabilities in addition to fire suppression, namely, search and rescue, security and patrol of the harbor, and pollution monitoring.

An SES is a waterborne, air-supported craft with catamaran-style rigid sidehulls. The SES uses a cushion of air trapped between the sidehulls and flexible bow and stern seals to lift the center portion of the hull clear of the water. Thus, the resulting reduction in drag produces greater efficiency and higher speeds.

A portion of the sidehull remains in the water and aids in maneuverability and stability of the ship. The air cushion maintains a smoother and better ride than most typical conventional planing hulls and catamarans. 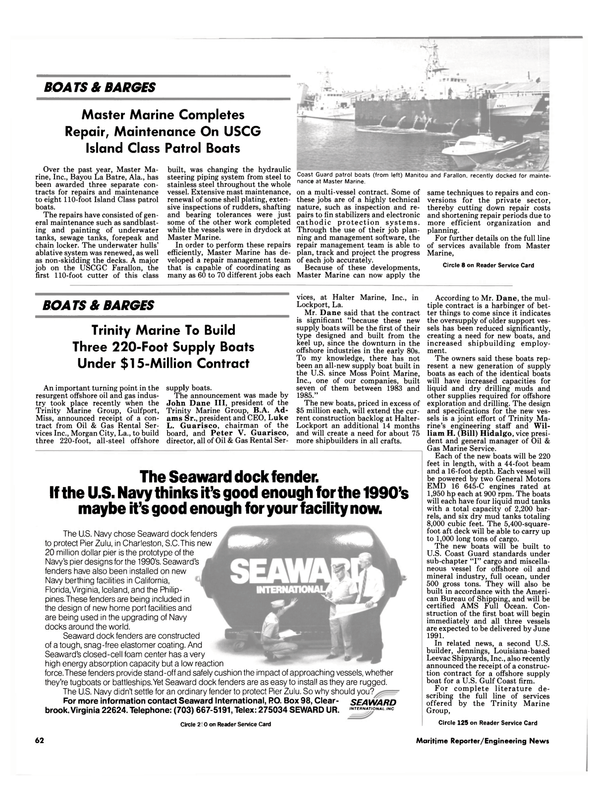