Founded over 30 years ago, C.W.F. Hamilton & Co. Ltd. of New Zealand has introduced a new water jet for use aboard a wide range of vessels in both the commercial and passenger boat markets.

The Hamilton Model 211 has been developed through the technology of computer-aided design to provide a high efficiency propulsion system for a wide range of commercial and pleasure craft.

Of heavy duty construction for trouble-free service under continuous use conditions, the 211 unit has been developed primarily for coupling to ultra high rpm diesel engines up to 200 hp or big block gasoline engines in the five to eight liter range.

Of similar configuration to other highly successful new generation Hamilton water jets, the 211 shares the same split duct reversing deflect for powerful astern thrust, integral corrosion protection and "T3" steering system for precise, powerful control. Installation is simplified as an aluminum intake base is supplied, either for aluminum or GRP/ wooden hulls. The GRP version eliminates the need for builders to mold a thick GRP block.

Extensively tested in both Hamilton's static test rig and test craft, the 211 unit is said to be an ideal propulsion unit for both high speed workboats and large pleasure craft and small commercial passenger craft where operations require proven performance and reliability.

Inboard mounted, near the stern, Hamilton water jets draw water through an intake duct and debris screen, fitted flush to the bottom of the hull.

Normally directly driven via a short slip-jointed universal driveshaft coupled to the engine flywheel adaptor, Hamilton water jets are available in models compatible to most popular high-speed marine diesel engines up to 1,400 hp. 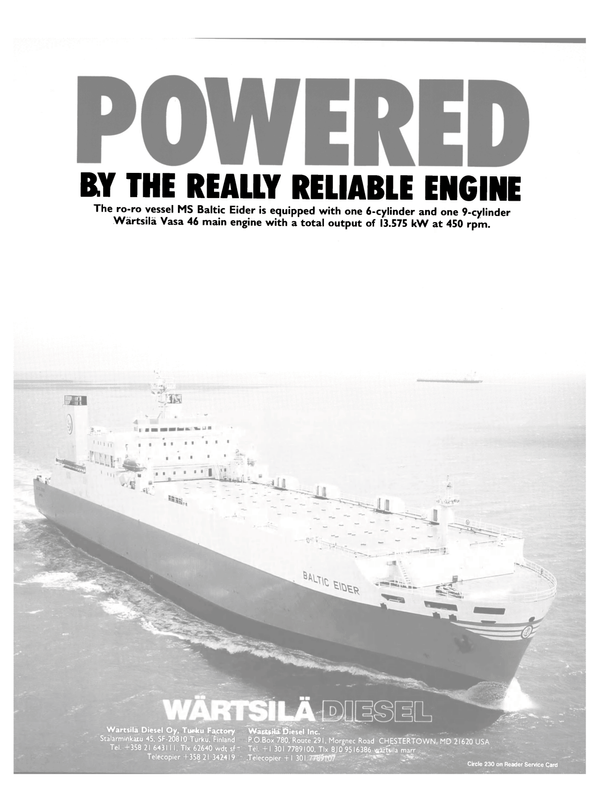