Avondale To Bid On Construction Of World's Largest Passenger Ship

U.S. shipbuilder Avondale Industries, Inc., New Orleans, La., has signed an agreement with the World City Corporation, Oslo, Norway, to prepare and submit a firm offer and delivery schedule for the construction of what would be the world's largest cruise ship.

The 250,000-gt, 5,600-passenger vessel, called the Phoenix World City, was conceived and developed by Knut Utstein Kloster, chairman of the World City Corporation.

The Phoenix World City would be three times larger than the largest cruise ship operating today, and if constructed in the U.S., would be the first major passenger ship built by a U.S. yard in more than 30 years.

Albert L. Bossier Jr., chairman and chief executive officer of Avondale, said: "Avondale is pleased to be included as part of the team working to bring this historic project to completion. Our company believes that its modular construction techniques and productive labor force will enable it to submit a firm offer demonstrating our capability of producing a vessel of this scale and complexity on terms which will be competitive in the world market.

"Avondale has participated in innovative construction projects for ships as well as large scale industrial projects, and the Phoenix World City project is a continuation of this type of innovative effort." The Phoenix World City project has been in design and development for more than five years under the leadership of Mr. Kloster, who was founder and chairman of the group now known as Kloster Cruise Limited (owners of Norwegian Cruise Line, Royal Viking Line, and Royal Cruise Line). In that capacity, Mr.

Kloster initiated the acquisition of the S/S France and her conversion to the highly successful S/S Norway.

Mr. Kloster stated : "The agreement with Avondale represents an important step in the development of Phoenix World City. It provides for performance of the extensive shipyard work on which any firm offer for construction of a project of this magnitude must be based, and, even more importantly, it now assures that World City will receive a timely offer and fixed delivery schedule, prerequisites for completion of financing arrangements." The Phoenix World City, which is scheduled to enter service in 1994, will be almost a quarter of a mile long, with a maximum width nearly the length of a football field. One of the many distinctive features of the ship will be three hotel towers containing most of the guest accommodations, which rise from a threedeck "downtown" area featuring streets and avenues lined with restaurants and cafes, shops, and galleries.

The "floating city" will also feature a large marina within the hull, reached through massive portals in the stern of the ship. Four 400-passenger daycruisers—ships themselves— dock inside the marina and will be deployed at high speeds to and from ports and a variety of destinations.

Ron McAlear, project leader of Avondale's Phoenix World City team, cited a number of factors that have contributed to the company's ability to bid competitively for this project even though construction of large passenger cruise ships has for many years been the exclusive preserve of overseas shipyards.

Among the factors cited by Mr.

McAlear are: an extensive Avondale program which brought about a transfer of up-to-date technology and methodology from abroad; major investment in capital equipment; wage rates that are competitive with those in leading foreign shipyards; the low dollar relative to currencies of major shipbuilding nations; long expertise in modular construction acquired in offshore, naval, and other projects; and development of enhanced construction techniques for sophisticated Navy ships.

Mr. McAlear added that, if the Avondale bid is successful, the construction of Phoenix World City in the U.S. would generate substantial work not only for ship construction personnel, but for businesses and workers across the country. 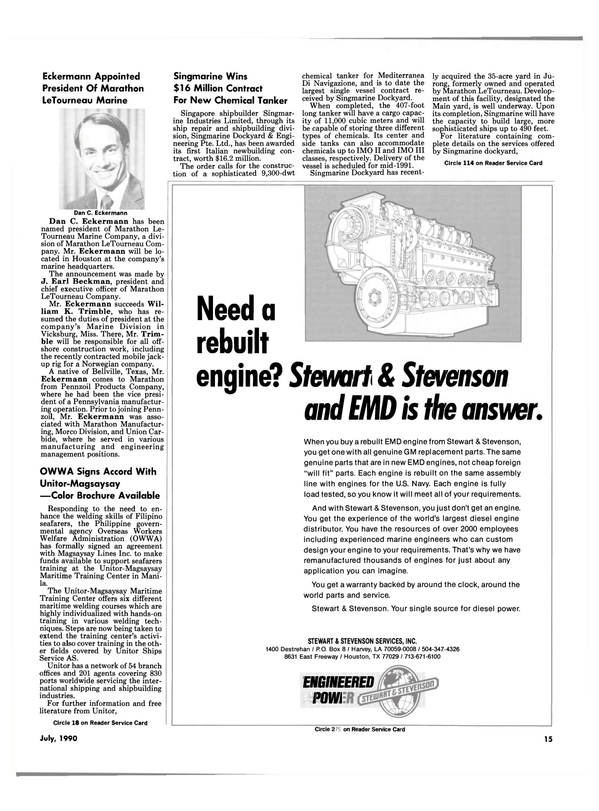