Wijsmuller Marine has accepted at its Teeside berth of Ayton Cross, the first of two-azimuthing stern drive (ASD) tractor tugs from the Spanish shipbuilder Astilleros Zamacona. Following a crew familiarization period, Ayton Cross is expected to be in full service by the middle of November.

The second tug, Ormesby Cross, is due to be delivered by Zamacona before the end of year. Both tugs will be based on the River Tees from where the Wijsmuller tug fleet covers both the Tees and the port of Hartlepool.

With a bollard pull of 60 tons each, the two new tugs will be the most powerful units in the Voith/ASD Tees fleet and will allow Wijsmuller to transfer one of its existing Tees tractor tugs, Yarm Cross, to its Tyne operation.

The transfer of the Yarm Cross to the Tyne is seen as a further upgrading of the Tyne fleet by introducing a twin azimuthing tractor tug. Wijsmuller maintains three tugs on the Tyne, which serve the ports of Tyne, Sunderland and Blyth. 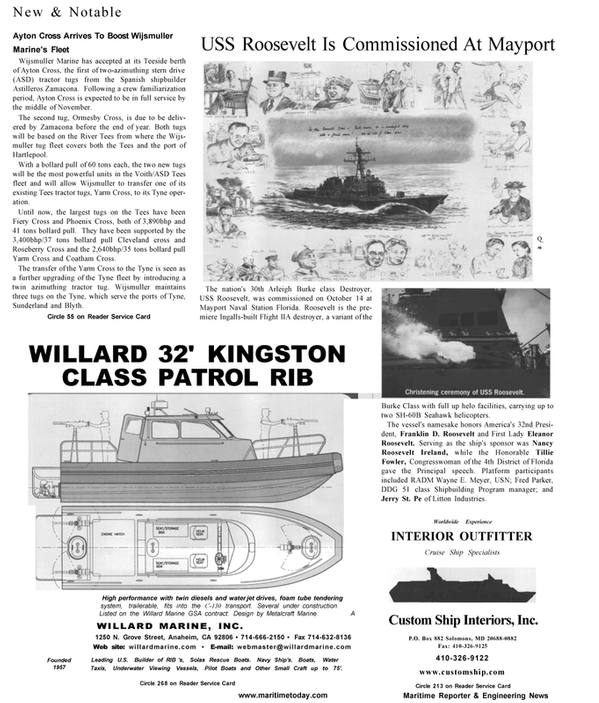