announced that Pasha Hawaii Transport Lines had exercised an option with Halter Marine FGH's vessel construction division, for the construction of a second 579-ft. car carrier. The vessel is designed to transport more than 4,300 vehicles between the U.S. West Coast and Hawaii. Construction of the $69 million vessel will take place at halter's Pascagoula, Miss., shipyard.

The first vessel is currently under construction at the same facility, with delivery scheduled for the spring of 2002. The first vessel was financed under the U.S. Maritime Administration's Title XI program and financing of the second vessel will also be subject to MarAd's approval. The 13,000 dwt ship measures 579 ft. overall, with a beam of 102 ft. and a design draft of 25 ft. Propulsion will be provided by a single screw driven by a slow-speed diesel engine. The vessel will carry a complement of 23 and will be capable of maintaining a cruising speed of 20 knots. Construction will conform to Det Norske Veritas (DNV) standards and the vessel will be classed as an A1A Carrier upon delivery. 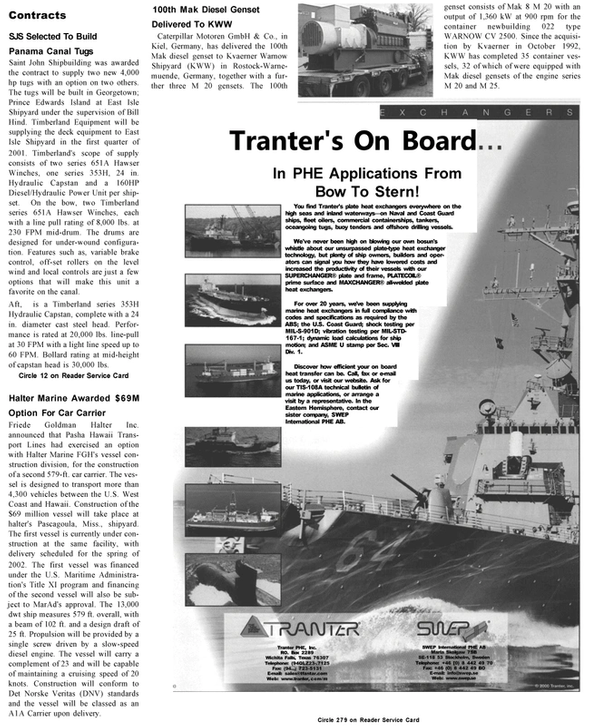