Dr. Kelemen is a co-founder of EnSolve Biosystems and played an instrumental role in the development of the PetroLiminator, the first biomechanical oily water separator for the marine industry.

The PetroLiminator is a patented system that uses a combination of mechanical separation and bioremediation to treat bilge water so that it can be safely discharged overboard in environmentally sensitive waterways. Introduced in early 2000, the PetroLiminator has been type approved by the U.S. Coast Guard, IMO and Canadian authorities to meet international clean-water standards.

The system has successfully completed sea trials on a cargo ship in the Great Lakes.

The American Chemical Society Industrial Innovation Awards are presented annually to individuals whose creative innovations have contributed to the commercial success of their company and consequenty the good of the community.

The award was presented to Dr. Keleman at a ceremony on December 8, 2000, in New Orleans. 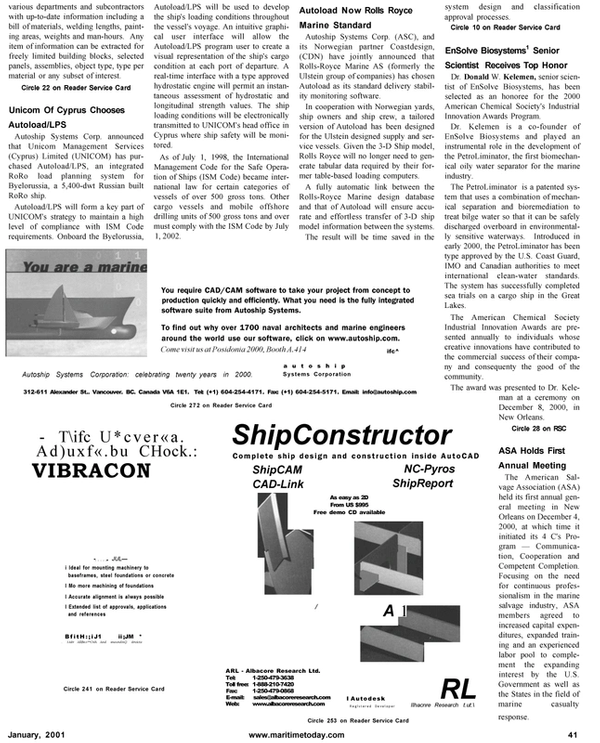