At press time Merseyside shipbuilder Cammell Laird Pic was anxiously awaiting the outcome of its negotiations to bring the Costa Classica in for its conversion.

The shipyard reported a number of proposals regarding the delayed conversion of a cruise ship, Costa Classica, were being considered after meetings with the ship's owner Costa Crociere. Technical meetings relating to the proposals were also underway and the company could not predict the time scale or outcome of these discussions.

Earlier in the month, Cammell Laird was reported to be hammering out a new agreement to save the $75.9 million cruise liner contract and protect a number of jobs. In November, the liner was due to arrive for refitting at the docks in Merseyside but then headed back to Genoa. Croce Cruciere delayed the delivery because work at the shipyard was behind schedule. Cammell held a final meeting with the Department of Trade and Industry in relation to a further cruise ship contract. 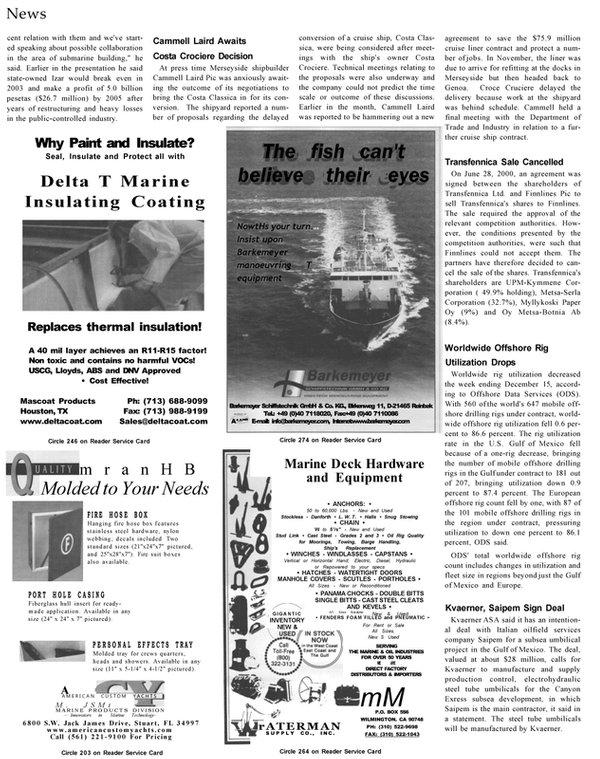