NASSCO has received a contract from the U.S. Navy for continuous maintenance of the DD-963 and CG-47 ships homeported in San Diego. The contract, which includes the initial year and four one-year options, is valued at approximately $68 million. Advanced planning activities for the four DD-963 and six CG-47 ships will commence immediately to support repair and maintenance availabilities beginning in January 2001.

The DD-963 destroyers were developed for anti-submarine warfare, which includes operating as an integral part of the battle group. These ships are designed to hunt down and destroy highspeed submarines, and can also be used to engage ships, aircraft and for land attack. The six CG-47 guided missile cruisers can perform sustained combat operations in any combination of antiair, anti-submarine and strike warfare environments. 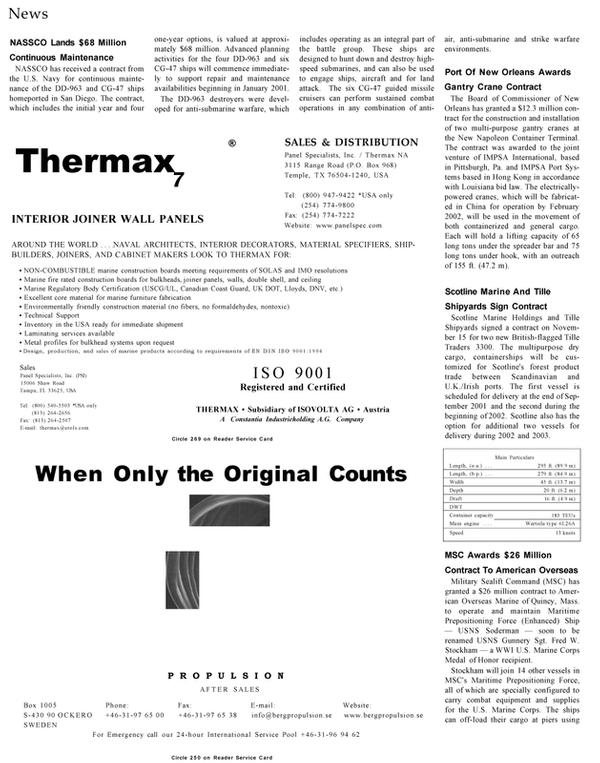