Royal Olympic Cruise Lines Inc, (ROCL), appointed George Stathopoulos to the position of acting chief executive officer. Stathopoulos at the same time maintains responsibility for the company's worldwide marketing and sales efforts. The company also appointed George Kassapis to the position of chief financial officer. The appointment of Stathopoulos to the top management post of the Company enables Dr. Stelios Kiliaris, who has served as chief executive officer since December 1999, to fully resume his position as managing director of the major shareholder, Louis Cruise Lines Ltd. He remains on the Board of ROCL and continues as a member of its executive committee.

Stathopoulos has been involved in the cruise industry for 24 years, having worked for much of his career in sales and marketing. He was appointed marketing and sales director for Festival Cruises when the company first began operations in 1993. Subsequently, he joined Celebrity Cruises as European sales and marketing director in 1995, continuing in that position following the merger of Celebrity Cruises and Royal Caribbean Cruise Line. Stathopoulos joined Royal Olympic Cruises as vice president for marketing and sales for Europe in 1998, and was promoted to the position of vice president of marketing and sales worldwide one year later. 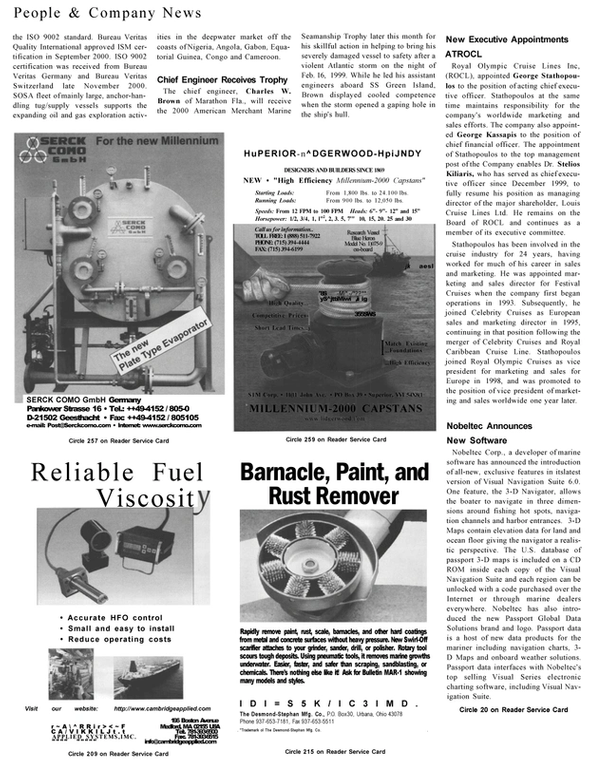