(APL) has applied for construction- differential subsidy (CDS) to aid in the construction of five new containerships, with an option of building only four. The vessels will be used in APL's trans-Pacific services.

APL's 20-year operating-differential subsidy agreement with the Maritime Administration requires the company to award contracts for at least two new replacement vessels by December 31, 1978. The two ships would replace the President's Lincoln and Tyler (C4 partial containerships) and the President Grant (a C6 full containership declared a total constructive loss in 1976).

By constructing five vessels, APL seeks to also replace the C6 containerships President's Polk, Monroe, and Harrison. APL further proposes that the replaced vessels "be disposed of by tradein or sale to the Maritime Administration in accordance with Section 510 of the Merchant Marine Act of 1936, as amended." The five new C9-S-132a-type containerships would each have a deadweight capacity of approximately 32,260 tons and a sea speed of about 24 knots. Each vessel would have a capacity of approximately 2,476 TEUs (20- foot equivalent units).

A shipyard has not yet been selected. 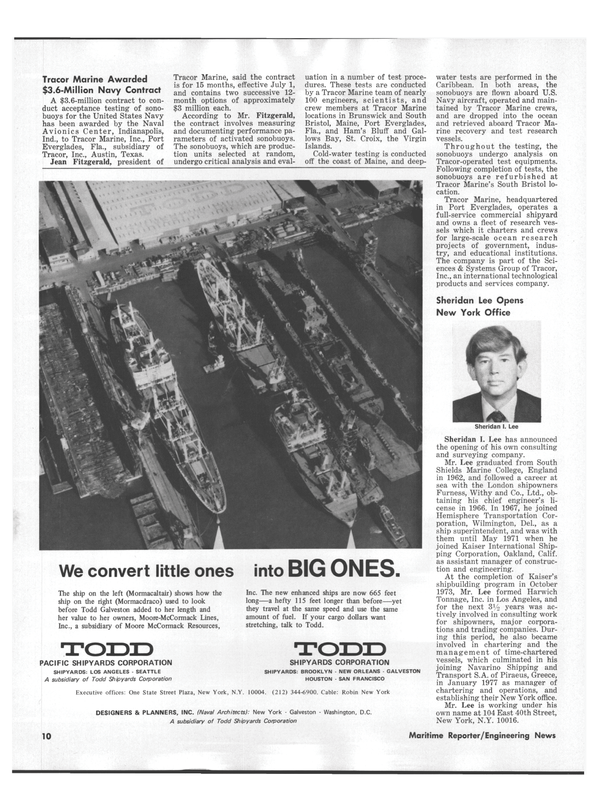