The U.S. Naval Sea Systems Command has awarded two contracts with the aggregate value of $3,244,414 for construction of 33 radio-controlled target boats and repair parts to Uniflite, Inc., fiberglass boat and yacht manufacturer headquartered in Bellingham, Wash., with a second plant at Swansboro, N.C., according to John L. Thomas, Uniflite president.

Delivery on both contracts will be during the next 12 months to the Pacific Missile Test Center at Point Hueneme, Calif., for use in shipboard and airborne missile weaponry practice to evaluate weapons and controls systems on ranges off southern California, Hawaii, and in the Caribbean.

Mr. Thomas explained that the Navy's in- tention is not to destroy the target boats, but to record a "direct hit" when the projecile lands within a specified number of degrees from the target with the "sights" compensated to that extent.

All Uniflite-built nonmilitary boats are classified and labeled by Underwriters' Laboratories (UL), attesting to the strength and fire retardance of their fiberglass hulls. 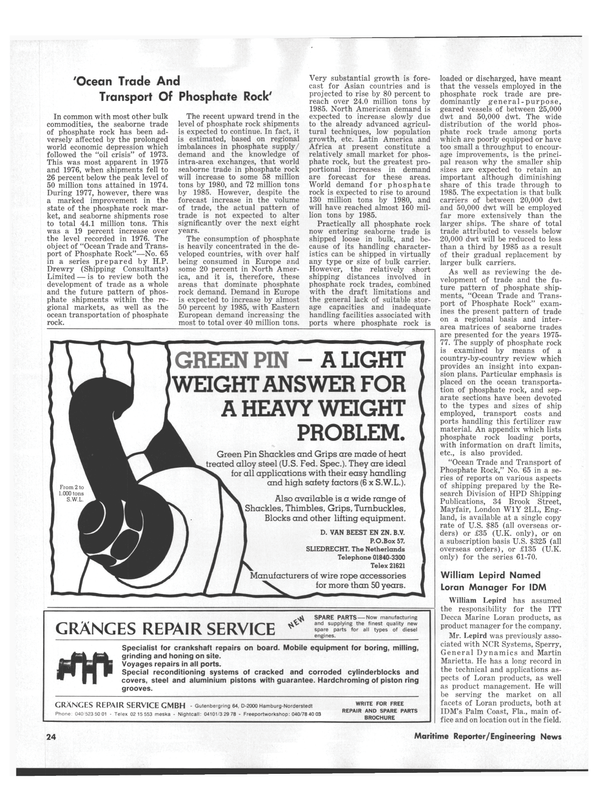