The board of directors of Davie Shipbuilding Limited, P.O. Box 130, Levis, Quebec, Canada, has announced that an agreement has been reached between their company and the shareholders of Branch Lines Limited for the purchase by Davie of all the outstanding shares of Branch Lines.

The shipping firm Branch Lines Ltd. will then become a wholly owned subsidiary of Davie. Branch Lines operates under the Canadian flag a fleet of seven tankers on the St. Lawrence Seaway, the Great Lakes, the eastern Canadian seaboard, and in Arctic waters up to Resolute in the Northwest Territories and Thule in Greenland.

The fleet is modern, the latest four vessels having been built between 1970 and 1974. All are built for navigation in ice, which allows them to operate 12 months of the year.

Davie's management sees this acquisition as a major contribution to the stability of the ship- yard, with the addition of a major captive customer for its ship repair division, and eventually for building new ships for the fleet. 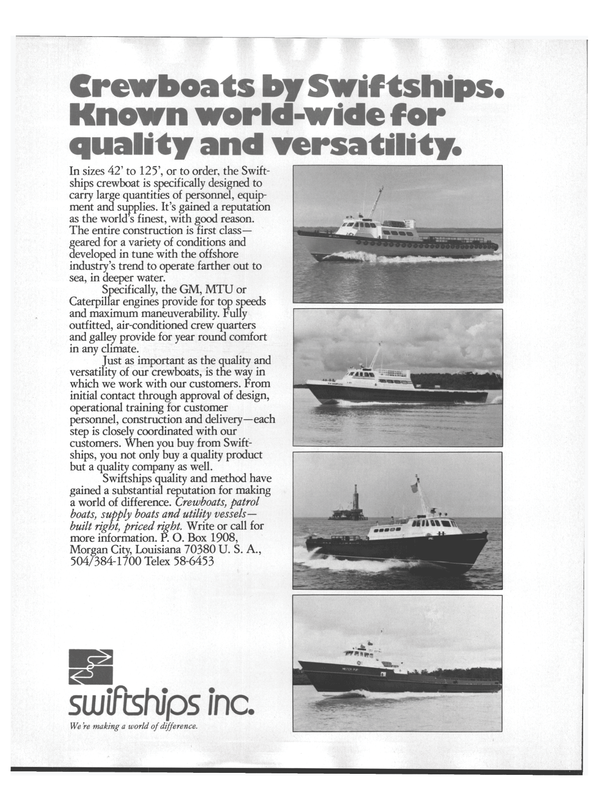