John W. Smith has assumed responsibility for yard operations at National Steel and Shipbuilding Company (NASSCO), San Diego, Calif., succeeding John McQuaide, who has retired after more than 40 years in the shipbuilding business. Mr. McQuaide has served as vice president of yard operations since 1973.

Mr. Smith joined NASSCO 30 years ago as machine shop foreman, and was director of new construction until his recent promotion.

As director of yard operations, he will be responsible for new construction as well as four other departments—repair, maintenance, foundry/galvanizing, and machinery.

NASSCO is one of the largest shipbuilding firms on the West Coast. In addition to major Navy construction, the company currently is completing the third in a series of 188,500-dwt San Diego- Class tankers designed f o r the Alaskan oil trade. The large tanker is the first of two being built for Atlantic Richfield Company, and will be christened in October. 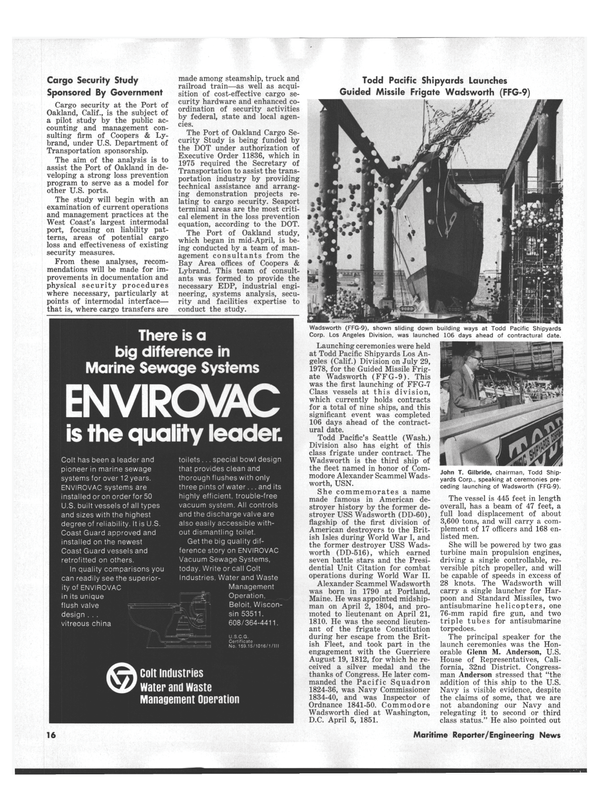