This vehicle, a Mobile Diving Unit (MDU), is a major component of a 16-man diving complex being built by Seaforth Maritime for Occidental Petroleum (Caledonia) Ltd. Scheduled f o r delivery in early 1979, the system will be used aboard Occidental's semisubmersible multifunction support vessel (MSV). Diving consultants for the project are John Haynie, Inc.

The vessel will be used for deepwater maintenance tasks at the Piper and Claymore production platforms and associated pipelines in the northern North Sea.

The Perry MDU, based on both diver lockout submarine and conventional diving chamber technology, will give the divers horizontal mobility, nearly unlimited electrical and hydraulic power at the work site, and a full at-site, surface-monitored instrumentation capability.

The MDU is an 18-ton, 1,000- foot depth vehicle capable of maneuvering in any direction. It consists of a one-atmosphere observation chamber (AOC) and three-man submersible decompression chamber (SDC). Mounted above the SDC, the AOC affords an excellent view of the work site through a 31-inch panoramic window. The AOC contains controls, navigation, sonar, and communications systems. It also acts as the operating station for a manipulator and hydraulic tool package. The SDC is fully fitted for three divers equipped for North Sea diving.

The compartments are connected by a hatch that may be opened to provide an expanded oneatmosphere work space during extended observation missions. 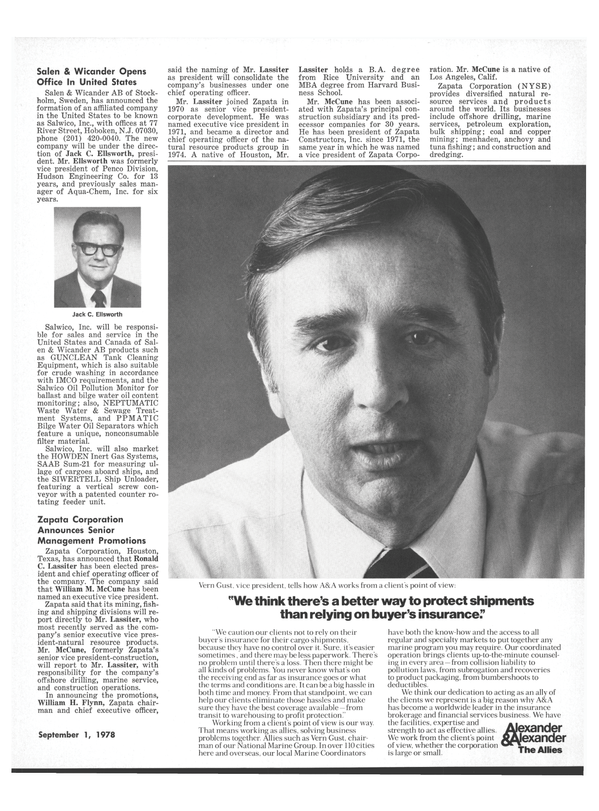