Deliveries of vessels by member yards of the Canadian Shipbuilding and Ship Repairing Association in the first six months of 1978 totaled 22 with an estimated gross tonnage of 97,161.

Deliveries of bulk carriers accounted for most of this increase.

Vessels under construction at the end of June 1978 totaled 44 with a gross tonnage of 347,961, a drop of about 19 percent from the year before in terms of tonnage.

The value of new construction in Canadian shipyards in the first half of 1978 at $169,350,000 was 6.8 percent higher than in the same period of 1977, an increase somewhat less than the jump in material costs over the period.

Value increases were substantial in the West Coast and Great Lakes areas (82.5 percent and 43.7 percent, respectively), but were largely offset by value decreases in the St. Lawrence and East Coast areas. Construction on behalf of the Federal Government as a proportion of the total dropped from 14.4 percent in the first, six months of 1977 to 10.4 percent in the same period of 1978.

The value of repair and conversion work carried out by member yards increased in total by 16.7 percent over the periods under review to a figure of $70,504,000.

Again, the most notable increases occurred in the West Coast and Great Lakes areas. Government work during the current period constituted 29.3 percent of the total value as compared to 19.7 percent in the same period of 1977. 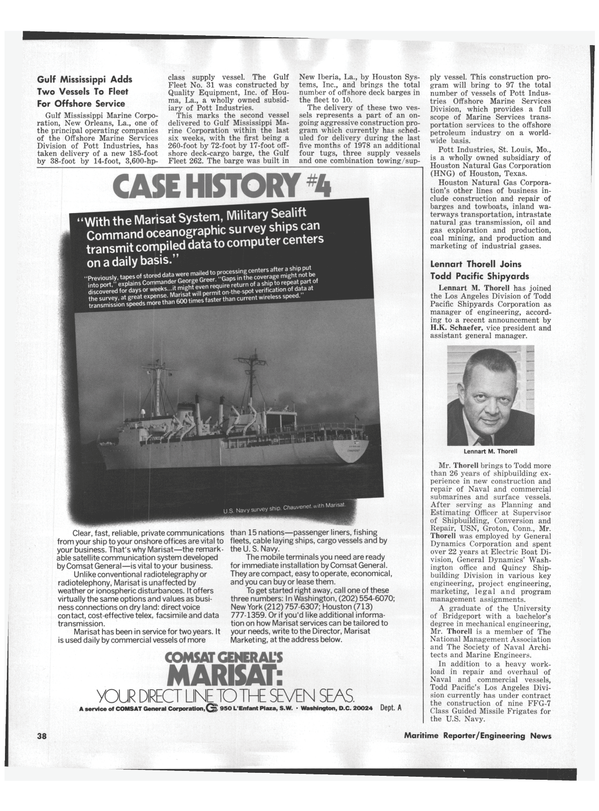