The United States Navy has signed a contract with IMODCO, a unit of AMCA International Corporation, for the development of a portable Single Point Mooring catenary buoy for quick deployment in support of naval amphibious operations.

A major specification calls for the SPM to weigh less than half of a regular offshore terminal.

It would be transportable by aircraft or on an amphibious surface warfare vessel. Through utilization of a unique device, the SPM is to be installed and become operational in approximately onethird the time of a typical commercial SPM.

Satisfactory completion of the development contract will pave the way for authorization of actual construction, IMODCO officials state.

The Navy contract is not the first for IMODCO. The Los Angeles- headquartered company delivered to the Navy an SPM for use in Subic Bay, the Philippines, in 1967. It also provided offshore marine terminals to the U.S. Air Force and the U.S. Army (also in 1967), and again for these two military departments in 1968, all for service in the Far East.

IMODCO is the pioneer in the development of offshore marine terminal systems, while AMCA International is a diversified corporation engaged in the manufacture and sale of a variety of industrial and consumer products, structural steel fabrication, the design, and construction of refineries and process plants, and in the distribution of refined petroleum products 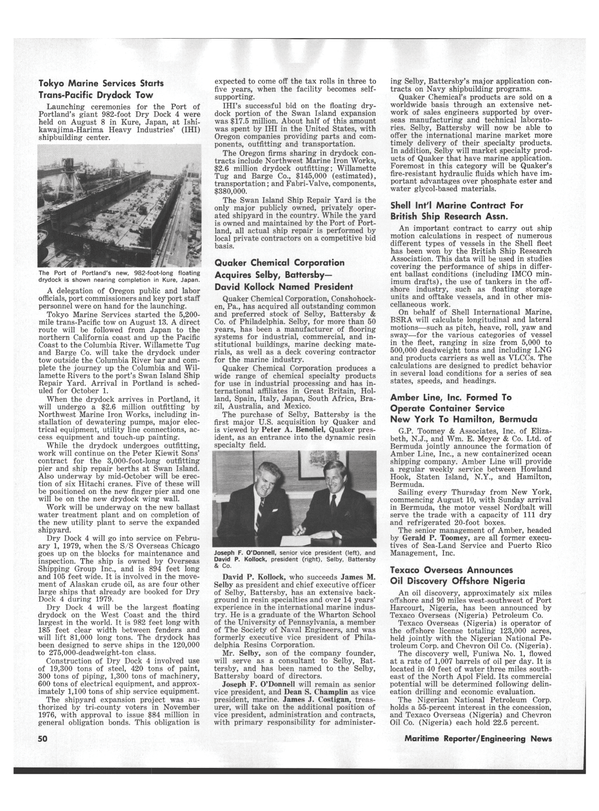