Dravo Corporation, Pittsburgh, Pa., announced it has acquired the Ryan-Walsh group of companies following approval by shareholders of the Mobile-based cargo-handling organization. The acquisition was made on the basis of 18.825 Dravo common shares for each of the 21,911 shares of Ryan-Walsh common stock issued and outstanding.

Ryan-Walsh is one of the largest cargo handlers on the Gulf and South Atlantic Coasts. The firm operates bulk terminals or other facilities at New Orleans, Mobile, and 10 other Southern ports, handling both bulk commodities and general cargoes.

Through several subsidiaries, Ryan-Walsh also is engaged in container leasing and repair, crating, and steamship agency and barge fleeting services. Ryan- Walsh had revenue of about $65 million in 1980.

Robert Dickey III, Dravo chairman and president, said that "the increasing volume of grain and coal exports being routed through Gulf Coast ports should provide attractive growth opportunities for Ryan-Walsh, as should the anticipated completion of the Tennessee Tombigbee Waterway, which will dramatically increase activity at the Port of Mobile." Mr. Dickey noted the expected operating synergies between Ryan-Walsh and several existing Dravo activities including barge transportation, design and erection of bulk terminal facilities and fabrication of bulk materials handling equipment. 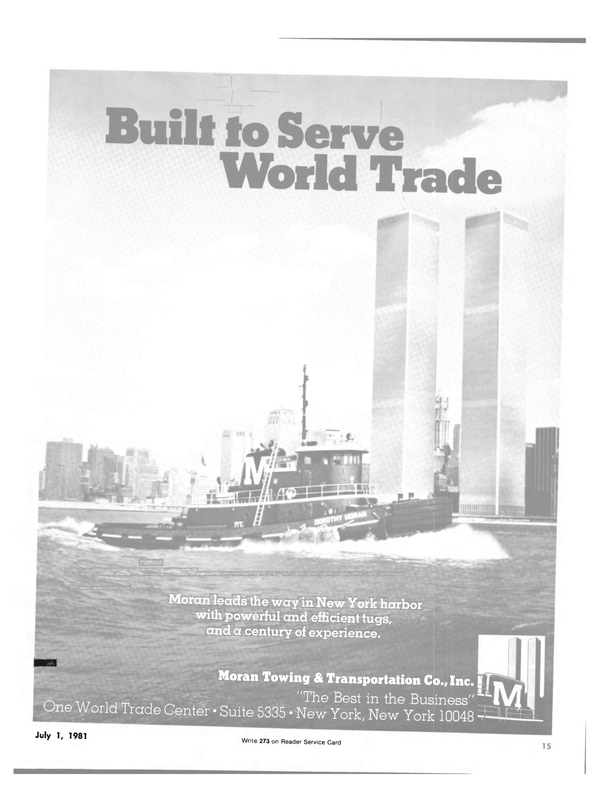