Thomas Marshall, group vice president-resource development of U.S. Steel, has announced the formation of subsidiary companies to pursue commercial shipping and vessel management business on the Great Lakes. In making the announcement, Mr. Marshall said: "This move will enable us to fully develop profitable Great Lakes shipping opportunities with outside parties as has been done so successfully in our ocean shipping business with the Navios group of companies." USS Great Lakes Fleet, Inc.

At the same time, J.P. Elverdin, vice president-shipping for U.S.

Steel, announced that William B.

Buhrmann has been elected president of the new companies, which will have their headquarters in Duluth, Minn. A veteran of 30 years of service connected with mill and vessel operations, Mr. Buhrmann has been general manager-lake shipping since 1976.

He began his U.S. Steel career at the Homestead (Pa.) Works.

In 1955, he became a foreman in the structural mill, and two years later was named its general foreman-operations. In 1964 Mr. 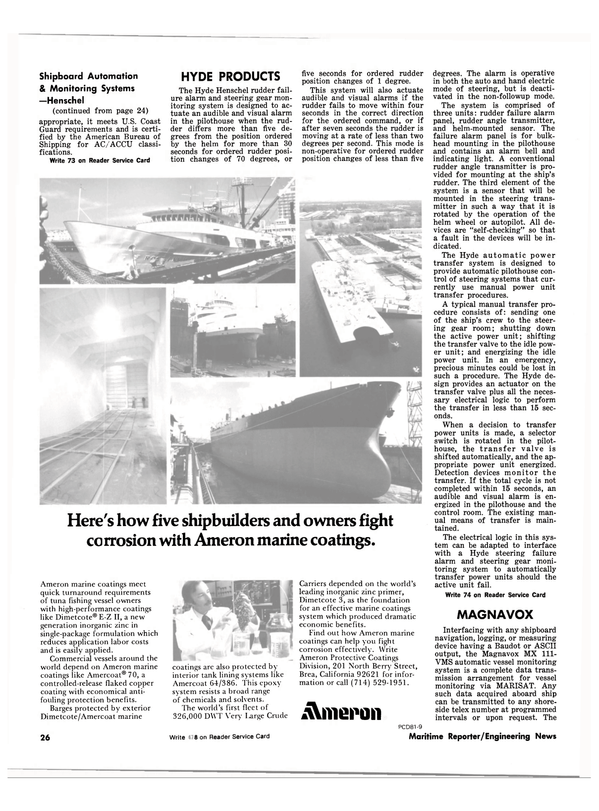