Bruce A. McAllister, deputy assistant secretary of commerce for maritime affairs, addressed a luncheon session of the Symposium on Financing United States Ship Construction sponsored by the Association of the Bar of the City of New York.

Mr. McAllister noted that pres- ident Reagan's budget revisions of March 10 reduced by 25 percent the fiscal year 1981 and 1982 ceilings for ship financing guarantees under Title XI of the Merchant Marine Act of 1936. As a result, he said, the maximum level of guarantee authority available during the next 16]/o months will be $1.2 billion. (By comparison, commitments under the Maritime Administration program in the 12 months ended last September 30 totaled $1.1 billion.) Nearly $4 billion in financing g u a r a n t e e s requests are now pending, and many more applications are expected to be filed before new funding authority becomes available, Mr. McAllister said.

As a general rule, until recently there had been no need to establish special priorities in processing Title XI applications, he said, but with current demand already three times the existing funding authority, the agency now must adopt new criteria for the administration of the program.

Under the self-sustaining program, more than 5,000 vessels valued at $10 billion have been financed during the past 45 years. 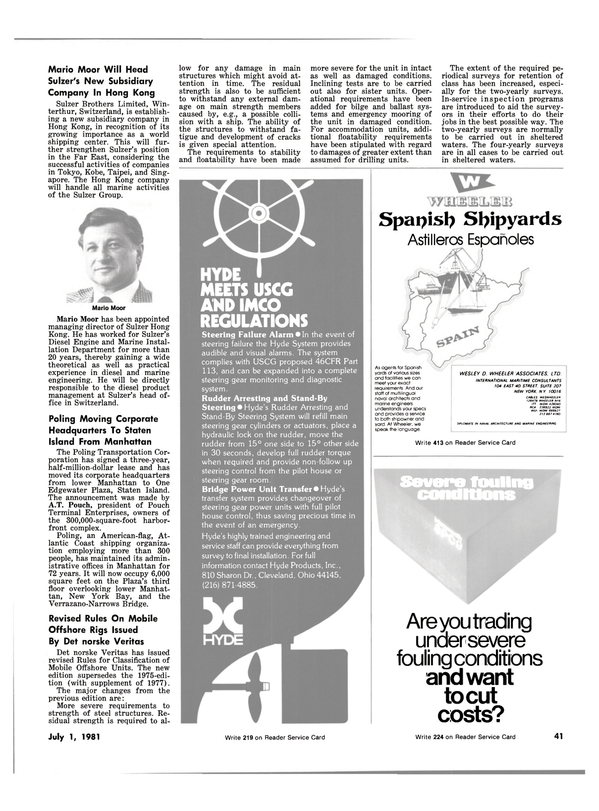