SEAHAC, established in 1950, acts as an advisory body for research and development in the field of naval hydromechanics.

SEAHAC is responsible for making specific recommendations regarding the technical objectives, forecast of research needs, development of priorities, order of procedures, methods and means of investigations, and related items of importance.

In addition to these areas, topics of the meeting included overviews of current Navy research programs and current exploratory development programs.

Rear Adm. James W. Lisanby, USN, Deputy Commander for Ship Design and Integration, Naval Sea Systems Command, was guest speaker at the luncheon held on May 19. He reviewed briefly recent progress on ship R&D by reflecting on remarks he had made at the 18th Towing Tank Conference in August 1977.

To this end he recalled the following suggestions he had made then and identified recent accomplishments for each: (1) "Better c o o r d i n a t i o n , cooperation, and communication among Navy policymakers, researchers, designers, and ship forces in establishing R&D priorities.

(2) "More pooling of resources within the engineering community.

(3) "A closer working relationship among the ship acquisition and R&D managers, and especially, ship designers and researchers.

(4) "Sharpen the long-range vision of the ship designer so that he or she could look ahead and predict 15 years hence what our ships will require.

(5) "We need a continuing educational program available to ensure that our engineers have a sharper ship design vision by maintaining s t a t e - o f - t h e - a rt knowledge and skills, both theoretical and experimental." He said further: "The importance of timely technology transfer is evident by the many advances in our Navy's Fleet which have evolved over the years from NAVSEA's hydrodynamics R&D programs. Many of you here today personally contributed to these advances. We are all aware of the high-speed submarine hull forms, higher speed torpedoes and improved underwater launch systems. To this we could add skewed propellers f o r reduced ship vibrations, improved submarine maneuvering and control, reliable submarine emergency recovery procedures, and many others. More recently, the application of seakeeping technology to surface ship designs has significantly contributed to improving the performance of future naval ships as well as those in the Fleet today." In summary, Admiral Lisanby said: "SEAHAC plays a most valuable role in the acquisition of technically innovative ships and weapons by pointing the way in the hydromechanics research.

A concerted effort by SEAHAC is essential to predicting the future Fleet requirements, identifying the present technical obstacles, and developing the research programs to overcome them." 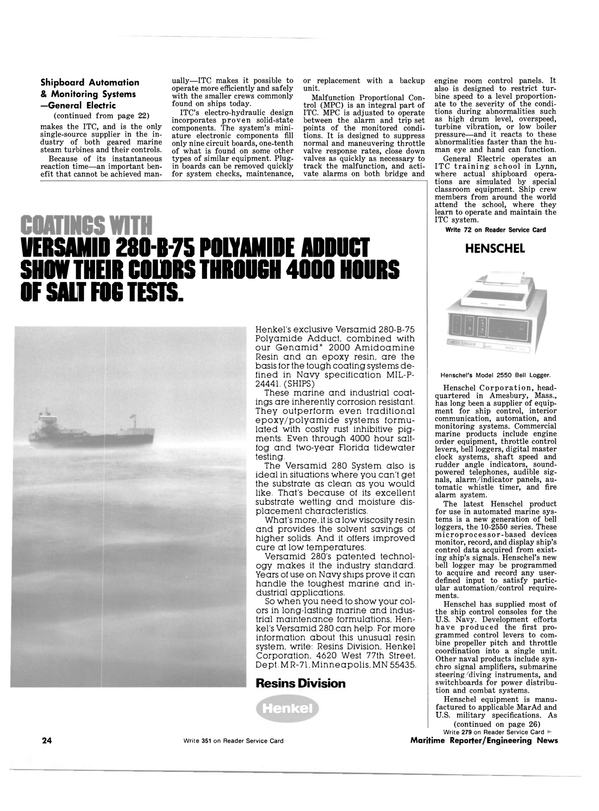