Inslee M. Rigdon, vice president of Tampa Barge and Ship Repair Services of Tampa, Fla., has announced the appointments of Arthur Benson as executive assistant to the president, Bill Basse as supervisor of steel erection planning and layout, and Bill David as field superintendent in charge of steel erection.

Mr. Benson served for a number of years as chief engineer of oceangoing vessels, and in various capacities ashore as port engineer and in shipyard management positions. For three years during the Vietnamese struggle, he served as director of ship repair and maintenance for the Gulf Coast District of the U.S. 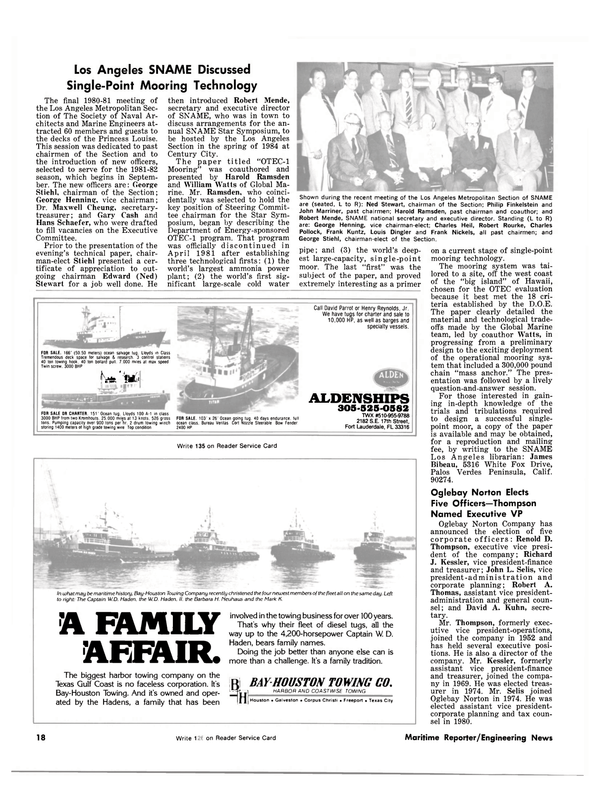