recent keel-laying ceremony at the National Steel and Shipbuilding Company (NASSCO) yard in San Diego initiated construction of the cable repair ship T-ARC-7 (to be named USNS Zeus) for the U.S. Navy. Capt.

The 512-foot ship will transport, deploy, retrieve, and repair submarine cables. She will tow acoustic projectors and a cable plow. Also part of the vessel's primary missions will be acoustic, hydrographic, and bathymetric (deepsea) surveys.

The Navy awarded NASSCO the contract for the design, construction, and testing of the technologically unique T-ARC-7 in August 1979. Engineering has been under way since that time, and fabrication of ship assemblies began last October. Launching is scheduled for July 1982, with delivery in September 1983.

The cable repair ship will be powered by diesel-electric drive of 10,000 shp, giving her a cruising speed of 15 knots. She will have accommodations for a complement of 126, and will be manned and operated by a Military Sealift Command civilian crew. Up to 1,000 miles of trunk cable for repair operations on communications lines now laid in ocean depths of up to 10 miles will be carried in the ship.

NASSCO, a wholly owned subsidiary of Morrison-Knudsen Company, has a current backlog of approximately $665 million. In addition to the T-ARC-7, ships under contract include two U.S. 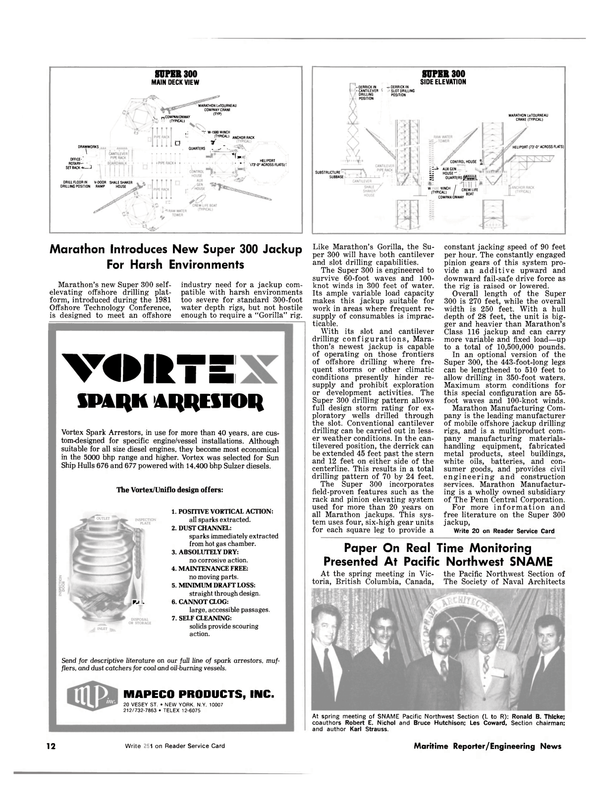