"The transfer is the first step in carrying out President Reagan's commitment to revitalization of the U.S. maritime industry," Secretary Lewis said.

"I intend to work personally with the Maritime Administration to promote the President's goals for the development and progress of our marine commerce," the Secretary added.

Under the transfer plan, Secretary Lewis said U.S. export performance would be improved "through better coordination of the inland waterways and surface transportation systems, as well as port access and development, with the maritime industry." The plan is a simple transfer, Secretary Lewis said. No changes in statutory functions would result from the proposed transfer.

Rail, truck, air and waterborne commerce would be under a single Cabinet department—the plan envisioned when the Department of Transportation was established in 1967.

The Maritime Administration was created in 1950 to promote and sustain the U.S. ocean shipping industry. It assists the maritime industry in ship design and construction, in research and development and in market development.

President Reagan has called the maritime industry a "key c o n t r i b u t o r to our economic strength and security. Its continued growth and prosperity," he said, "are necessary to the economic renewal we all seek." When the proposed transfer occurs, MarAd will be the eighth operational agency in the Department of Transportation, which already houses two other marine organizations—the United States Coast Guard and the St. Lawrence Seaway Development Corporation. 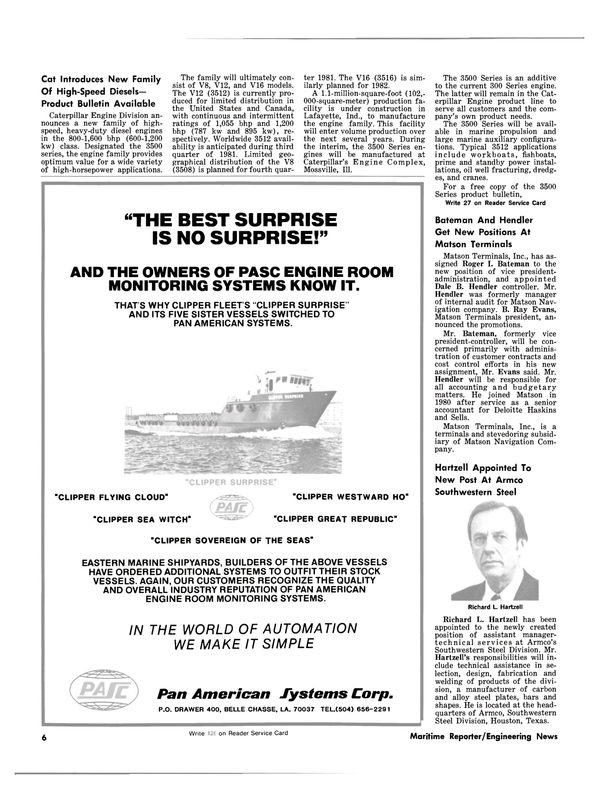