Sherman C. Perry, general manager of the Beaumont shipyard, said the Griffin-Alexander II is the second of eight rigs that Bethlehem will deliver to Griffin & Alexander over the next two years. The first was delivered earlier this year. This commissioning also marks the fourth rig to be delivered this year by the Beaumont yard, as well as the 86th offshore rig delivered by Bethlehem yards.

The Griffin-Alexander II is a mat-supported jackup designed for deep-well drilling operations.

It features a cantilevered substructure and offers the capability of being able to position its drill floor over existing offshore production platforms in order to drill developmental wells or to rework existing wells.

The rig consists of a platform measuring 157 feet by 132 feet supported by three 11-foot-diameter columns fixed to a mat that is 220 feet by 185 feet. Outfitted with deep-well drilling equipment, the rig can operate in waters of up to 200 feet while experiencing forces resulting from 70-knot winds and 33-foot seas. The Griffin-Alexander II contains onboard, air-conditioned living accommodations for 50 persons, including sleeping quarters, galley, laundry and recreation facilities.

The rig was designed and built to comply with the current safety standards of the United States Coast Guard, plus the American Bureau of Shipping standards for construction of mobile offshore drilling units. 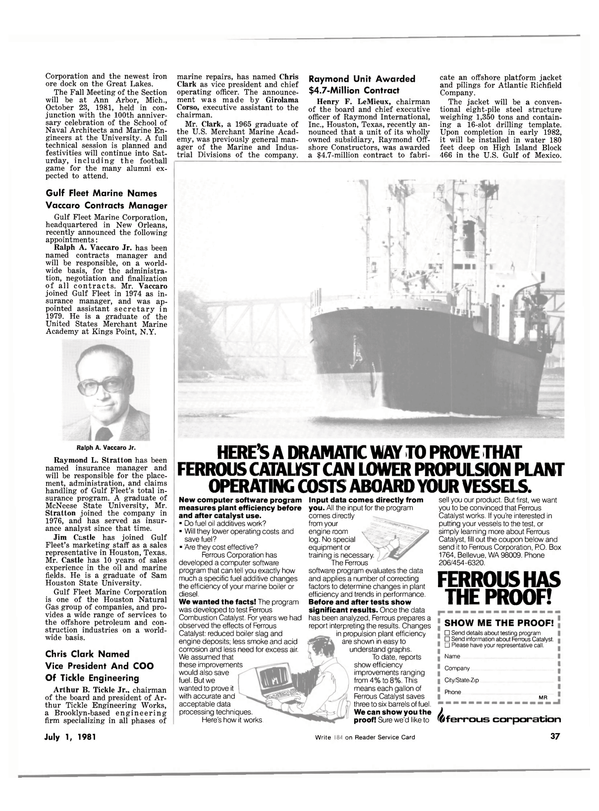