Matzer & Associates, Inc. of Jacksonville, Fla. has announced that the research vessel Cape Florida (shown above) has been delivered recently to the National Science Foundation. The vessel was built by Atlantic Marine, Inc. of Fort George Island, Fla., and will be operated by the University of Miami's Rosenstiel School of Marine & Atmospheric Science. A sister vessel, the Cape Hatteras, is scheduled for delivery in the fall this year, and will be operated by Duke University.

The 135-foot vessels were designed by the Matzer firm to operate as Coastal Zone research craft. Each is propelled by twin Caterpillar D379 diesel engines with a total output of 1,130 bhp at 1,225 rpm, driving two Pay & Brink controllable-pitch propellers and providing a service speed of 12 knots.

The Carrier Transicold air conditioning units were supplied by D.W. Anderson Marine Equipment of Jacksonville, deck cranes are by Appleton Machine Company of Appleton, Wise. Hydraulics for steering, scientific winches, A frames, cranes, and other applications are from Motion Industries, Inc. 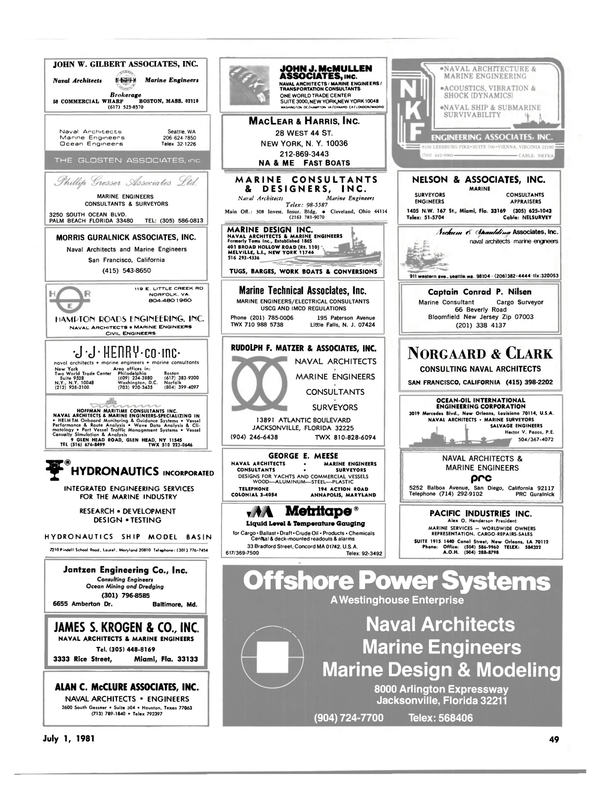