Gulf Fleet Marine Corporation, headquartered in New Orleans, recently announced the following appointments: Ralph A. Vaccaro Jr. has been named contracts manager and will be responsible, on a worldwide basis, for the administration, negotiation and finalization of all c o n t r a c t s . Mr. Vaccaro joined Gulf Fleet in 1974 as insurance manager, and was appointed assistant s e c r e t a r y in 1979. He is a graduate of the United States Merchant Marine Academy at Kings Point, N.Y.

Raymond L. Stratton has been named insurance manager and will be responsible for the placement, administration, and claims handling of Gulf Fleet's total insurance program. A graduate of McNeese State University, Mr.

Stratton joined the company in 1976, and has served as insurance analyst since that time.

Mr. Castle has 10 years of sales experience in the oil and marine fields. He is a graduate of Sam Houston State University.

Gulf Fleet Marine Corporation is one of the Houston Natural Gas group of companies, and provides a wide range of services to the offshore petroleum and construction industries on a worldwide basis. 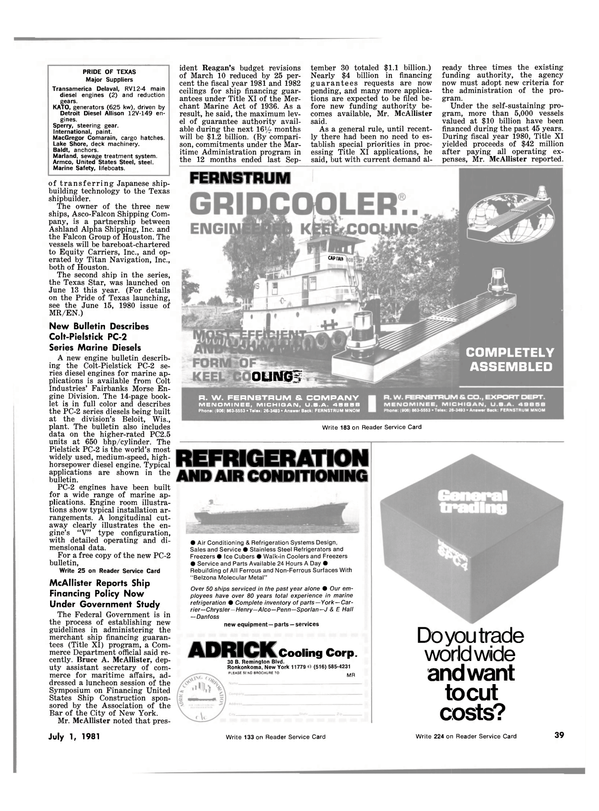