Following the recent announcement by Suez Canal authorities that new beam and draft regulations have gone into effect for the 120-mile waterway, a circular giving specifics is available from Candia Shipping (USA), Inc. as a service to the U.S. shipping industry. "As a major specialist in attending transits through the Canal for vessels of all flags, we have been awaiting this new step ever since Step One of the first stage of Canal improvements was announced in January 1981," said Ward Lape, Candia's manager of U.S. operations.

When Step One went into effect early this year, the maximum beam allowable was increased from 160.5 feet to 180.6 feet and then raised to 200 feet.

This allowed vessels to transit the Canal up to depths of 42 feet for the first time. Previously, vessels drawing over 38 feet were unable to use the waterway. Under the new regulations, Candia has learned that certain vessels will now be able to transit at a depth of 46 feet.

For a free copy of the circular, Write 35 on Reader Service Card 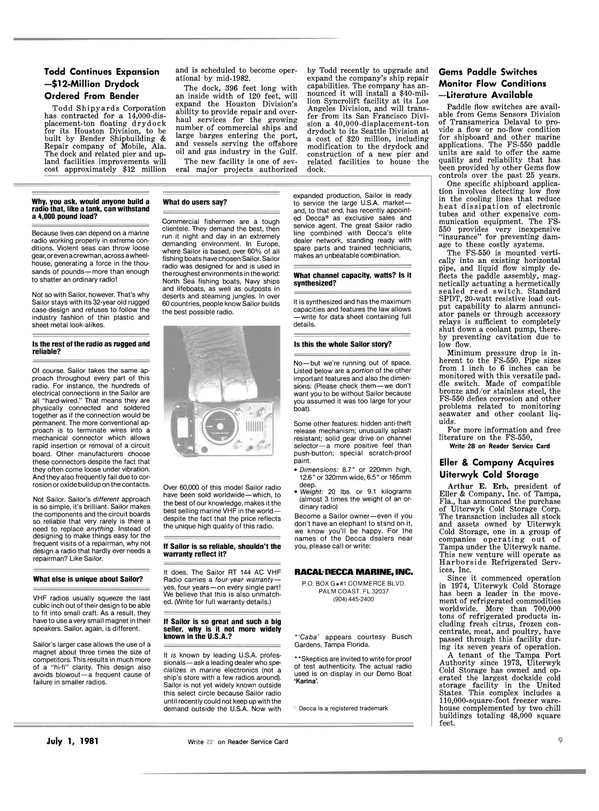