According to Michael W. Brakey, chief engineer of the Duramax Marine Division, The Johnson Rubber Company, in times of climbing ship repair costs and expensive general maintenance, rubber fendering is proving itself to be a highly flexible, energy-absorbing friend to the marine industry. Vessels are built today with the maximum economy of materials to minimize capital investments and can ill-afford drydocking due to berthing accidents. The same can also be said for the harbors. Berthing damage and repairs are unneeded expenditures and far too costly to be repeated time and time again. For this reason it may prove worthwhile to understand, at least to some degree, the forces involved with a berthing vessel and how a properly selected fender comes into play.

A berthing vessel can only come to rest by transferring all the "motion energy" within it to the surrounding environment.

Begin with the speed and angle of the approaching vessel. The motion energy of the ship varies as the square of its velocity.

A ship that berths at a speed of 3 feet per second has nine times greater energy than the same vessel berthing at 1 foot per second.

Also of major significance is the angle of approach by the ship in berthing. Only the vessel's velocity perpendicular to the pier is used for determining the amount of motion energy to be absorbed. A vessel moving at 1 foot per second at an angle of six degrees to the pier would have a berthing velocity of 0.10 per second.

When a ship makes contact with the pier at an angle other than 90 degrees, it will be acting as a lever and will rotate around its axis. This will reduce the force of impact considerably. The percentage of motion energy absorbed by the sea under such action can be as high as 75 percent where the berthing point of contact between the ship economical fender for a specific task, a simple, ratio R/E, has been found useful.

Maximum Reaction Load _R_ Acceptable to the Ship or Pier E Motion Energy to be Absorbed by the Fender • j j i f u — A double row of several heavy duty tubular rubber fenders are fastened in place with chains letting each section independently perform protection to both vessel and dock.

and pier is far forward or astern of the vessel's center of gravity. It is usually assumed that quarter point berthing shall occur, which results in half of the total motion energy being absorbed by the sea. The remainder must be absorbed by the fendering, the vessel's hull, and the pier.

When a marine fender is struck, it deflects.

This deflection is proportional to the amount of motion energy it must absorb. As the fender deflects it offers increasing resistance, which is measured as a reaction load. This growing resistance by the deflecting fender is experienced by both the pier and vessel's hull. (Imagine trying to compress a coil spring between your hands. The further you compress it, the more resistance it offers.

Which hand feels the greater resistance?) A properly selected marine fender should be capable of absorbing this motion energy without offering a resistance so high that it might lead to structural damage of either the pier or vessel hull.

Once the fender can no longer deflect any farther, the remaining motion energy must be absorbed by the harbor pier and the vessel's shell. Here lies the danger of berthing damage.

Two factors to be weighed carefully in selecting a marine fender are energy absorption capabilities and corresponding reaction loads (the fender's resistance to a given deflection).

It is generally seen that larger fenders offer greater energy absorptions and relatively lower reaction loads when compared to smaller fenders of the same geometry.

To aid in the selection of the most The appropriate fender for any installation should have an R/E equal to or less than the value calculated above.

Yesterday's economics could afford to believe an old tire suspended from a chain was good fendering. In today's economy, unfortunately, such thinking is proving itself costly. The need for efficient, energy-absorbing fendering and an education of its potential is of growing importance. Fortunately, research and product improvement is being actively pursued, not only by Johnson Rubber Company but by many fender manufacturers.

By such action, rubber fendering will today, and tomorrow, continue to be the flexible friend of the marine industry. 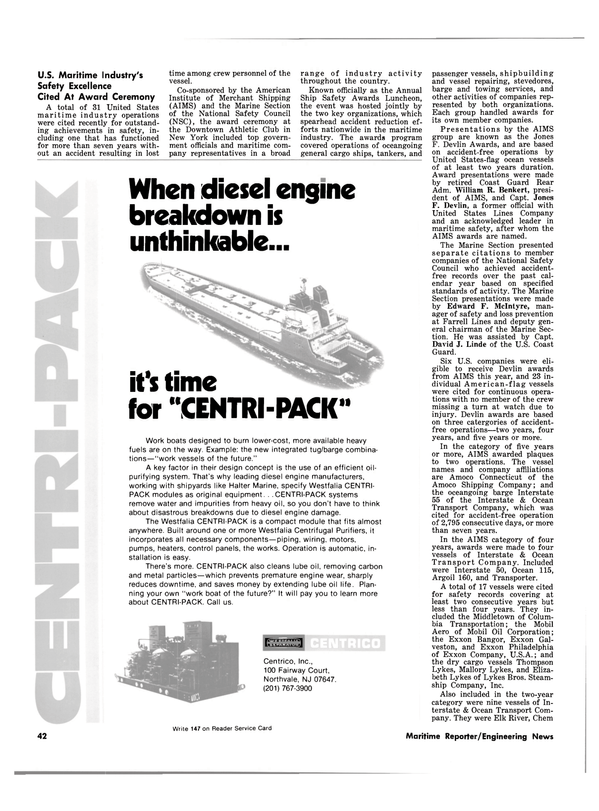