The firm recently concluded arrangements with the City of Valdez for a 99-year lease of some 88.7 acres of land at the former townsite of Valdez, fronting Valdez arm. Confirmation of nominal lease was the last step before final approval of Petro Marine's construction financing, which is being arranged through William L. Lange and Associates of Anchorage.

The facility, to serve the state's commercial fishing industry, oil industry, and yachtsmen, is to be constructed in phases. It is to total some $25 million in value when all phases are completed in about five years, said Petro Marine officials. The $8-million Phase I of the facility is planned to be operational before summer's end of this year. It is to include 12 interrelated shops.

Phase I of the project also includes a pier and wharf, with a marine lift to haul vessels of up to 100 dwt. To be built in Phase II is a takeout way and rail system for vessels of up to 2,500 dwt. 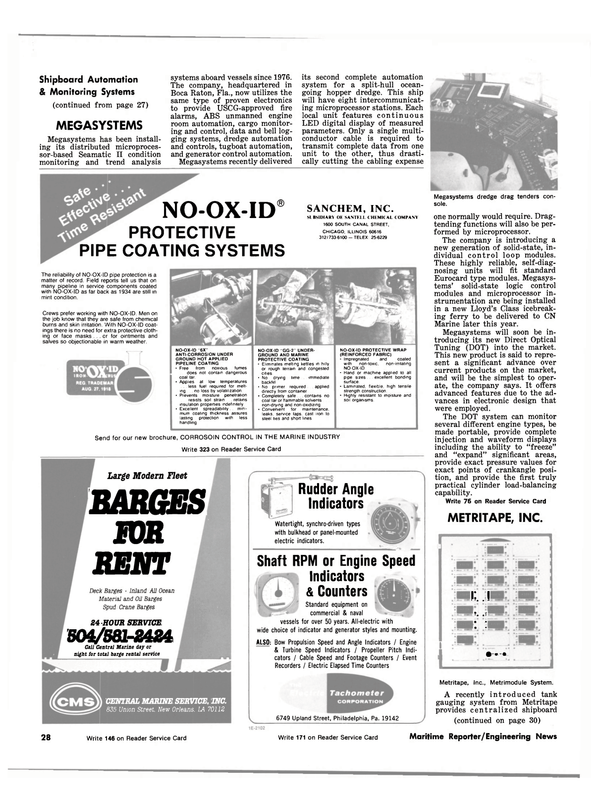