Todd S h i p y a r d s Corporation has contracted for a 14,000-displacement- ton floating d r y d o ck for its Houston Division, to be built by Bender Shipbuilding & Repair company of Mobile, Ala.

The dock and related pier and upland facilities improvements will cost approximately $12 million and is scheduled to become operational by mid-1982.

The dock, 396 feet long with an inside width of 120 feet, will expand the Houston Division's ability to provide repair and overhaul services for the growing number of commercial ships and large barges entering the port, and vessels serving the offshore oil and gas industry in the Gulf.

The new facility is one of several major projects authorized by Todd recently to upgrade and expand the company's ship repair capabilities. The company has announced it will install a $40-million Syncrolift facility at its Los Angeles Division, and will transfer from its San Francisco Division a 40,000-displacement-ton drydock to its Seattle Division at a cost of $20 million, including modification to the drydock and construction of a new pier and related facilities to house the dock. 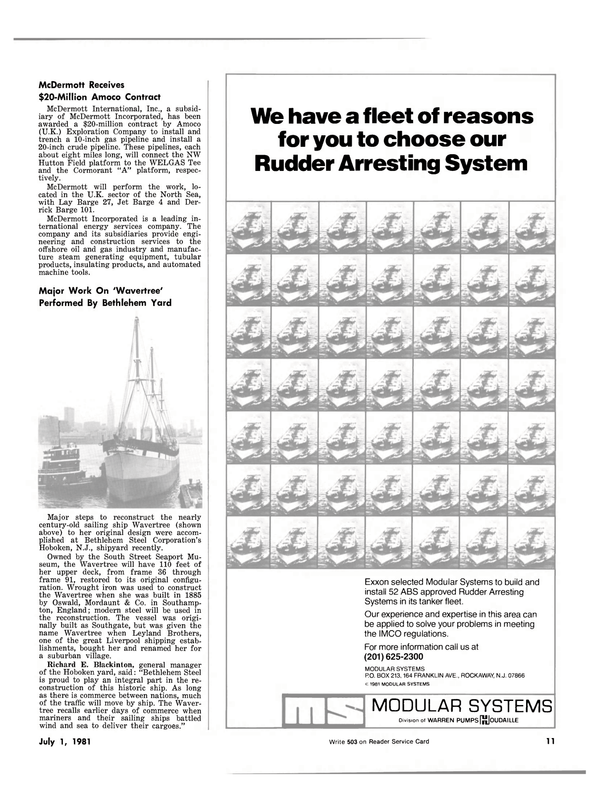