Three key appointments have been made at Delta Steamship Lines, a subsidiary of Crowley Maritime Corporation, according to a recent announcement by Richard F. Andino, Crowley senior vice president and general manager of its Latin American Division, New York.

Richard A. Simpson has been appointed vice president, marketing and sales. Mr. Simpson has more than 22 years' experience in the transportation industry, including marine, rail, trucking and intermodal modes. Now based at Delta headquarters in New York, he was formerly in charge of marketing and sales for Crowley's Caribbean Division, based in Jacksonville.

He was most recently vice president of national sales for a major motor carrier.

Kenneth N. Tice has been named assistant director of pricing.

Prior to this appointment, Mr.

Tice headed international pricing for Crowley's Caribbean Division, and before that he held management positions with a ship agency firm and a major U.S.-flag shipping company. He is based in New York.

Under Crowley's Latin American Division, Delta Line operates a fleet of U.S.-flag vessels providing containerized service between the three coasts of the United States and Latin America and West Africa. 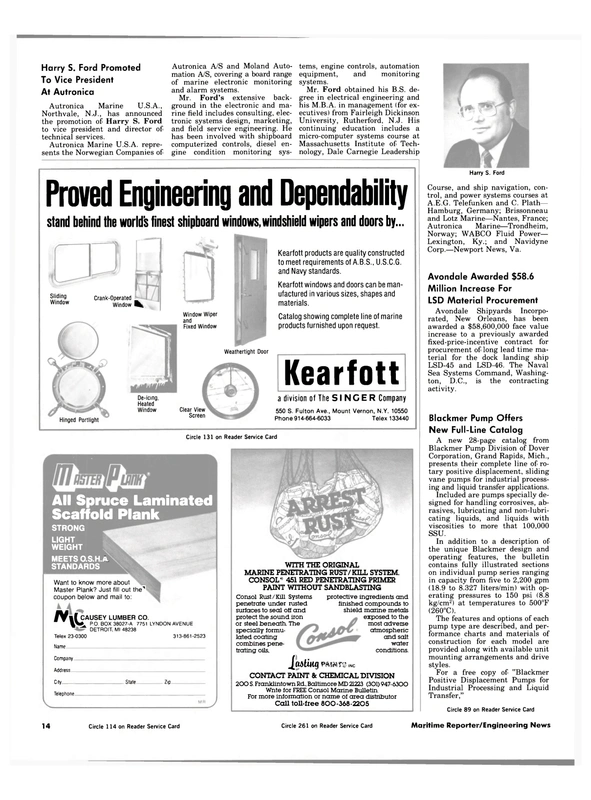