Mr. Yuengling's responsibilities encompass propulsion plant, auxiliary systems, and electrical and electronics systems. Prior to joining M. Rosenblatt & Son in 1972 as assistant office manager, he was a senior engineer with Burns & Roe, Inc.; program manager at Curtiss Wright Corporation; and staff engineer at Vitro Laboratories. His earlier naval career, spanning some 21 years, included repair, conversion, maintenance, overhaul, inspection, and all phases of design on a wide variety of naval ships. Mr. Yuengling is a graduate of the U.S. Naval Academy and holds an advanced degree in mechanical engineering from the Naval Postgraduate School.

Mr. O'Brien joined the firm in 1976 as a project engineer and progressed to director of advanced ship concepts. His new responsibilities will embrace hull systems and all aspects of naval architecture. He served 21 years with the U.S. Navy during which he managed nuclear submarine overhauls, was ship design manager for submarine design, and was planning and estimating superintendent for surface ship and submarine overhauls. His education includes graduation from the U.S.

Naval Academy and advanced degrees in naval architecture and naval engineering from Massachusetts Institute of Technology.

Since joining Rosenblatt in 1976 as a project engineer, Mr. Umberger became assistant branch manager and director of ship hull engineering.

He will be responsible for management of all special programs, including field office activities in Norfolk and Philadelphia.

He brings with him 20 years of Navy experience covering shipyard construction, modernization, and contract administration supervision as well as destroyer design and personnel management. He is a Naval Academy graduate and holds an advanced degree from Webb Institute of Naval Architecture.

Mr. Corcoran's responsibilities include cost estimating for new contracts and fiscal management of the Washington Area Branch. He joined Rosenblatt in 1975 as contract administrator.

Prior to this he was head of the branch for workload planning at Boston Naval Shipyard, and was technical data project officer for implementing Navy data management policy at Naval Material Command. He is a graduate of Northeastern University. 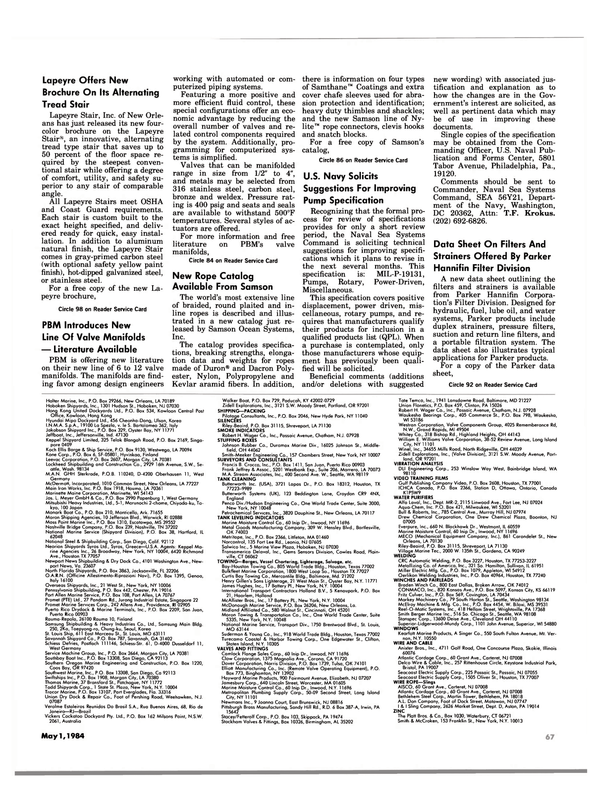