National Marine Service Incorporated, St. Louis, Mo., recently announced that R.J. (Tex) Ritter has joined its Shipyard Division as a sales representative in its Houston offices. From this base, he will represent National Marine's shipyard, diesel engine rebuild/repair, and parts services to the marine, drilling, construction, and utility industries in Texas and western Louisiana.

Mr. Ritter, after service in the Navy and the Coast Guard, held senior sales positions with Ingersoll- Rand and Sullair of Houston.

Given his heavy experience with engines and accessories, he will concentrate on expanding diesel engine repair and parts sales.

National Marine Service, one of the NICOR basic energy companies, is a leading supplier of liquid bulk transportation services on the Mississippi River system and Gulf Coast. The company's shipyards at Hartford and Grafton, 111.; Harvey, La.; and engine repair operations in Norfolk, offer fullservice facilities for barge and towboat repairs. Its diesel engine repair services are widely recognized as among the most expert in the United States; its diesel engine repair crews service the needs of customers in all parts of the world. 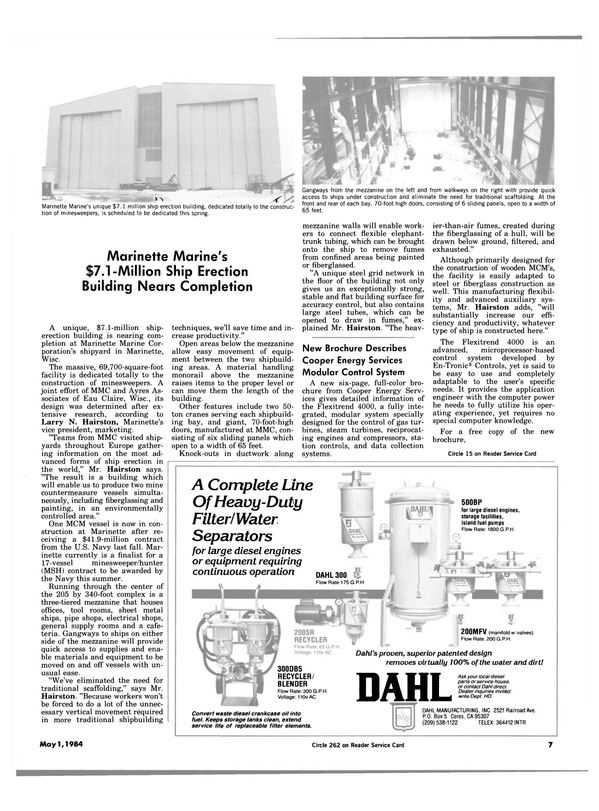