Moss Point Marine recently launched the first of two 140-foot by 32-foot by 11-foot utility boats for Argosy Offshore, Ltd., of Lafayette, La. The Argosy Mate will be joined in the very near future by the Argosy Chief. These two vessels will complete a five-boat package for Argosy by Moss Point Marine, of Escatawpa, Miss., which included three 181-foot supply vessels already on the job in the Gulf of Mexico.

Both the Mate and the Chief will be outfitted with two GM 16V92 diesel engines rated at 600 shaft horsepower each supplied by George Engine Co., along with twin disc reduction gears on a 5:1 ratio. The package includes a Harbormaster BT-200 150 horsepower bowthruster and 75-kw generators.

The USCG certified vessels will each have 92 feet by 25 feet of clear deck space. Capacities for both the Mate and Chief include: 33,400 gallons fuel; 1,160 barrels of liquid mud and 65,200 gallons of fresh water.

Upon delivery, the Argosy Mate and the Argosy Chief are slated for duty in the Gulf. 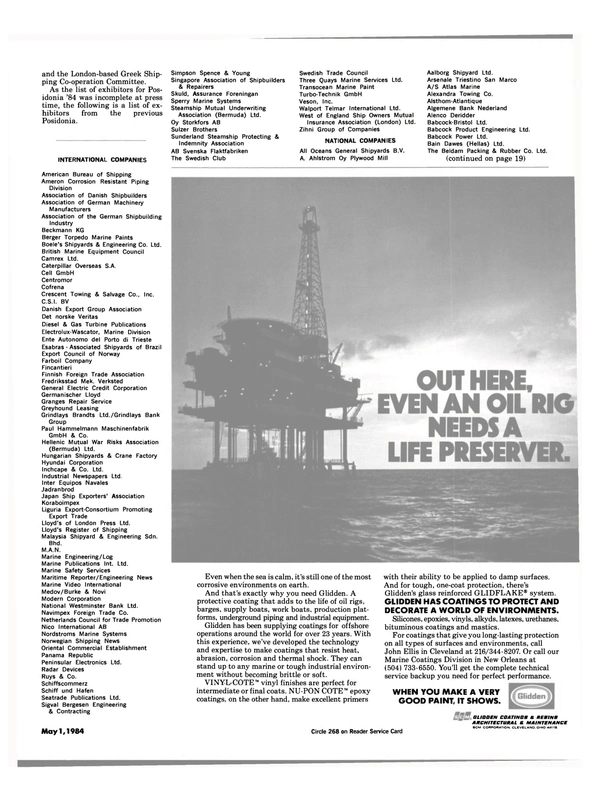