Eastern Marine, Inc. of Panama City, Fla., recently signed a contract with Lake Champlain Transportation of Burlington, Vermont, for the construction of an automobile/ passenger ferry. The vessel will have a length overall of 180 feet, beam of 43 feet 6 inches, and depth of 12 feet.

The new vessel will serve the route between Grand Isle, Vermont, and Cumberland Head, N.Y., which is within three miles of Plattsburgh. The company now operates two 140-foot boats on this crossing on a year-round basis.

The new vessel under construction at Eastern Marine's yard is scheduled for delivery in September of this year. 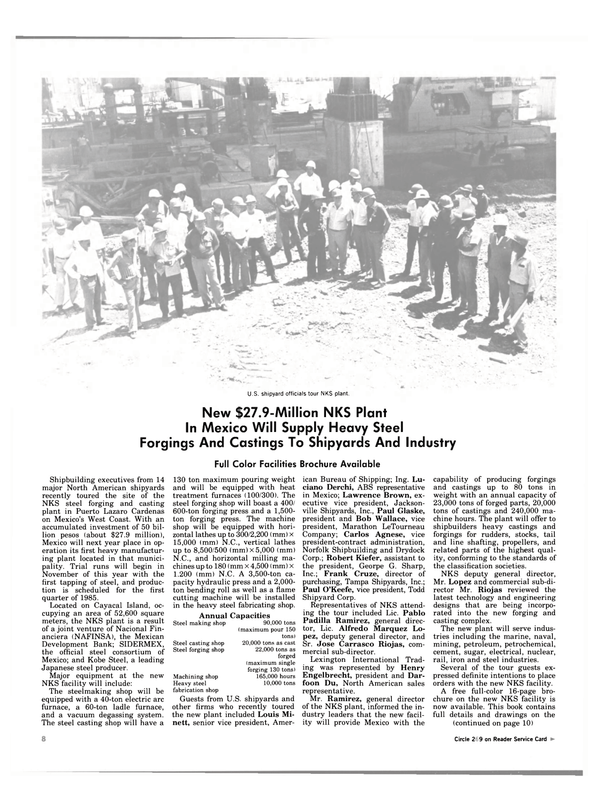