The U.S. Naval Sea Systems Command has awarded to Isotta Fraschini S.p.A. of Milan, Italy, a firm-fixed-price contract for production and support of amagnetic diesel engines to be installed in U.S. Mine Countermeasures (MCM) ships. The initial award provides for procurement of ID 36 SS6 V-A, diesel engines for MCM ship propulsion and power generation systems, technical data, and engineering services for 3 ships authorized by the U.S. Congress in fiscal year 1984, with options for the remaining nine MCM ships in fiscal years 1985-1987. Additional funding will be provided for spares, repair parts, and training services to be furnished by Isotta Fraschini.

Selection of Isotta Fraschini will make available to the U.S. Navy a permanently low magnetic signature engine and technology which has been proven and is operational in the Italian Navy Lerici class Minesweeper/Hunter ships.

In expressing appreciation for the U.S. Navy choice, the chairman of Finmeccanica, Dr. Franco Viezzoli stated his company was particularly grateful to the U.S.

Navy for the opportunity afforded to prove in the United States the excellence of Italian technology in diesel engines. 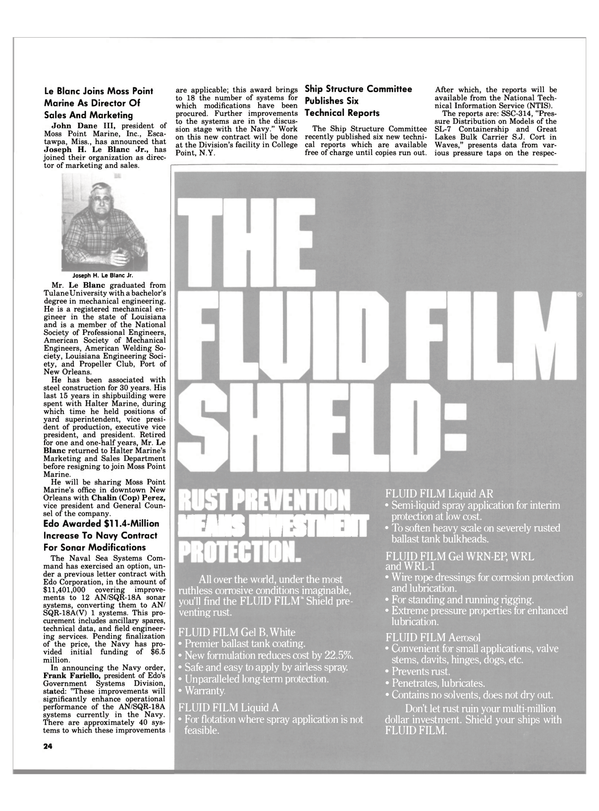