The Ship Structure Committee recently published six new technical reports which are available free of charge until copies run out.

After which, the reports will be available from the National Technical Information Service (NTIS).

The reports are: SSC-314, "Pressure Distribution on Models of the SL-7 Containership and Great Lakes Bulk Carrier S.J. Cort in Waves," presents data from various pressure taps on the respec- tive ship models. A future report will compare computer calculations with full-scale and model test results.

SSC-315, "Fatigue Considerations in View of Measured Load Spectra," documents experimental work, including data analysis, used in assessing the characteristics of fatigue crack propagation under load spectra typical of those experienced by ships at sea. Such information was obtained from the SL-7 containership instrumentation program. Results of these random loadings are compared with constant amplitude loadings.

SSC-316, "Ship Structure Committee Long Range Research Plan," outlines the research needed between now and the year 2000 to be prepared to meet the demands on the marine industry by that time.

A listing of necessary project areas is included.

SSC-318, "Fatigue Characterization of Fabricated Ship Details for Design," presents a fatigue design procedure for ship details that should help to eliminate cracks in details. It is an important part of the Ship Structure Committee's overall program to provide information on sound and economical details for ship structures.

SSC-320, "A Study of Extreme Waves and their effects on Ship Structures." This report represents one of the technical community's earliest efforts to describe, quantify, catalogue and assess the characteristics of extreme waves.

It is intended that future efforts in this area will focus on recreating the various types of extreme waves in model tanks in order that each ship design could be evaluated for its own response.

For copies of these reports or further information, contact Lt. 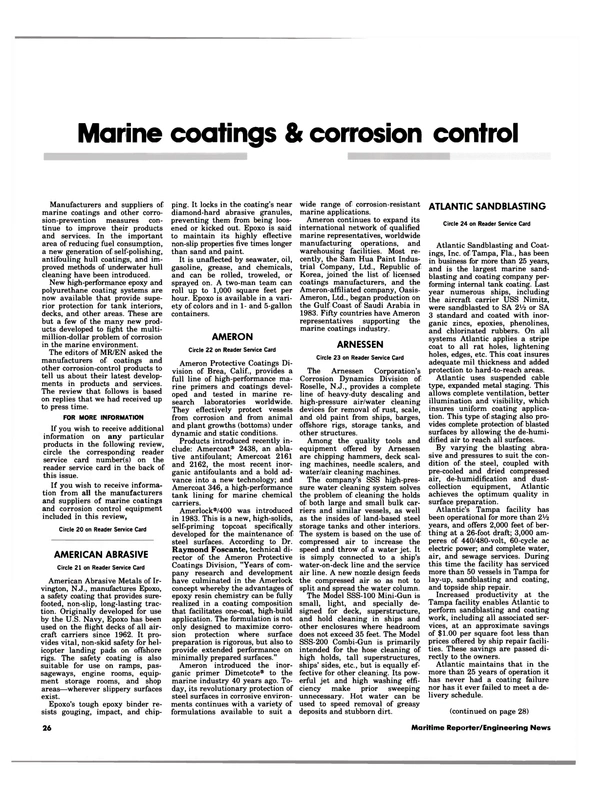