BFGoodrich of Akron, Ohio, recently announced the acquisition of Lucian Q. Moffitt, Inc., also of Akron. The new subsidiary, a marine products distributor, will operate within BFGoodrich's Engineered Products Group and strengthen the company's standing in the marine market.

John Foulk, previously vice president of research and development for the Engineered Products Group, will become president of the new subsidiary.

Moffitt has been sole distributor of Goodrich Cutless® bearings since 1933. The founder, Lucian Q.

Moffitt, was formerly bearings sales manager at Goodrich, which has held rights to the Cutlass name since 1922. The company has continually modified and improved the Cutlass bearing, and recently added a fiberglass-epoxybacked bearing to its product line.

Moffitt has expanded into application engineering and associated hardware products.

Cutlass bearings have a long record of success in marine applications due largely to their distinguishing characteristic—resilient rubber and its ability to resist abrasive particles wearing the shaft.

BFGoodrich's basis for using rubber as opposed to traditional hardsurfaced material is its low friction coefficient when wet. Resistant to oil, grease, and most chemical solutions, rubber bearings are said to last up to 15 times longer than hard-surfaced bearings. Cutlass bearings currently dominate the market. 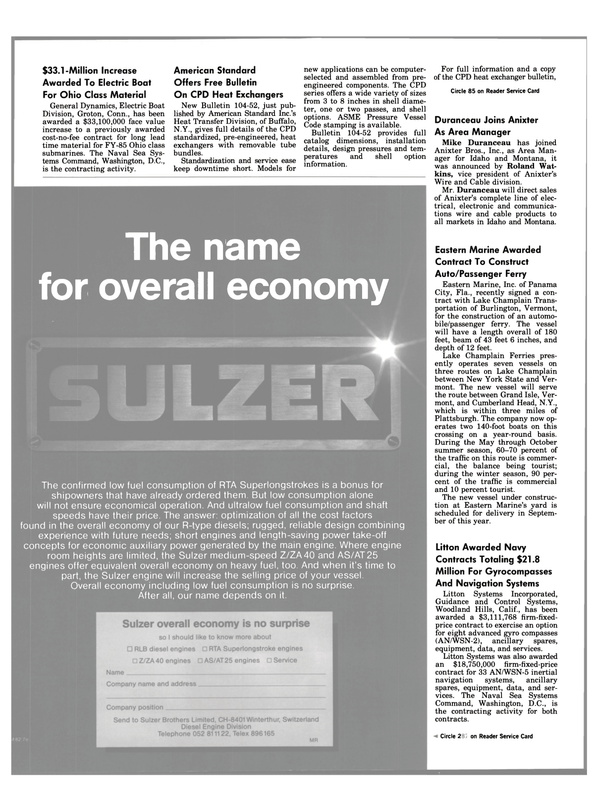