Newport News Shipbuilding has laid the keel for its 17th Los Angeles class attack submarine, the Newport News (SSN 750). In a ceremony held recently at the shipyard, the keel was authenticated by Mrs. Nickey Adkins, assisted by Matron of Honor Mrs.

The ship, whose name honors the rich Navy shipbuilding tradition of the Virginia city, is scheduled to be launched in 1986, coinciding with the shipyard's 100th anniversary.

Newport News Shipbuilding is the only yard capable of constructing the giant Nimitz-class carriers, three of which already are part of the Navy fleet. 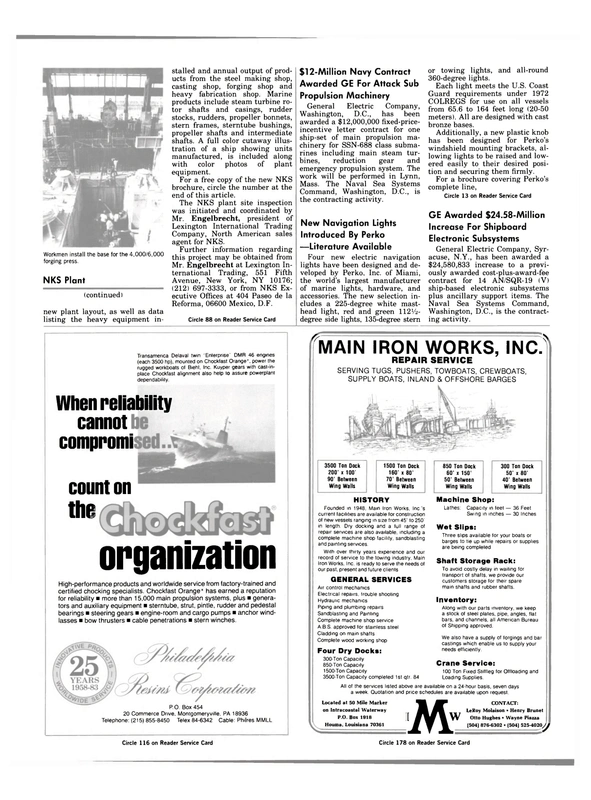