The L58/64 diesel is a logical upgrading of M.A.N, medium-speed engines that have rendered excellent service in operation on heavy fuel for almost 20 years. This early understanding of heavy fuel burning characteristics was further extened by the 40/45 engine type, which was launched on the market in the 1970s, introducing a modern concept with high firing pressure—the basis for low fuel consumption. The 40/45 engines with the longest service record have logged almost 30,000 hours of operation and have proved to be highly reliable in operation on the heavy fuel oil grades bunkered throughout the world. For this reason, this impressive engine type has "fathered" the major components of the L58/64 engine, as reliability is of particular importance for marine main engines.

During the development of the L58/64 engine, particular emphasis was placed on the following points: • low fuel consumption rates; • adaptability to varying operating and environmental conditions as well as fuel ignition qualities; • high reliability; and • simple and easy maintenance.

The L58/64 follows the same sturdy design philosophy as predecessor trunk-piston engines of M.A.N, design. Though the new engine is comparatively large, the frame consists of one sturdy casting, with an underslung crankshaft supported by bearings that are positioned and locked to the engine frame by both vertical and horizontal bolts. The shape of the resultant structure resembles a reinforced tunnel distinguished by very high stability of the main bearings during engine operation.

The significance of the injection system for low fuel consumption rates was taken into account by a great development effort in the design of the L58/64. Measurements taken on engines of different sizes, as well as theoretical investigations, have revealed that reductions in fuel consumption are obtainable with higher injection pressures. The injection system of the 58/64 engine has therefore been designed for pressures of 1,300 bars.

During the test of the 3-cylinder trial L58/64 engine, the low fuel consumption rate of 125 grams per horsepower hour (0.27 lbs/hph) measured after the first 100 hours of operation is particularly noteworthy because, at that time, combustion had not been optimized. It should be borne in mind that the mechanical efficiency of a 3-cylinder engine is comparatively low.

The test engine has been operated from the very beginning on 7,000 sec Redwood 1 fuel.

In addition to high operating efficiency, the 58/64 engines will provide an excellent opportunity for high waste heat recovery. Exhaust gas temperature downstream of the turbocharger will be 660 F over a broad operating range.

In a number of marine applications, this means that the at-sea electrical load can be produced by the waste heat recovery system instead of operating an auxiliary diesel generator, an added fuel saving.

An eight-page color brochure and a 64-page technical report on the new L58/64 engine are now available. These contain detailed technical data including specifications, ratings, performance data, test results, photographs, and cross section color drawings of the new engine and its key components.

For a free copy, 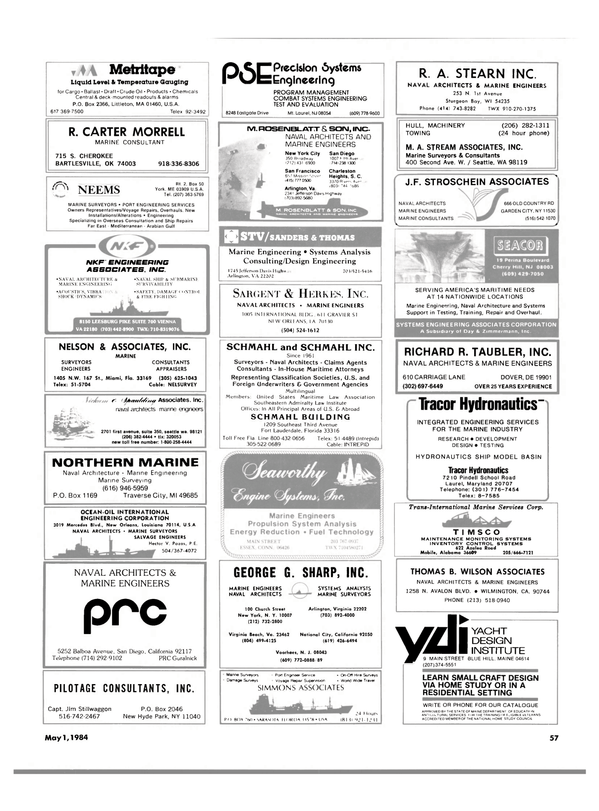