Palmer Johnson Savannah and Atlantic Dry Dock Corp. have entered into a joint effort via a letter of intent for the establishment of Palmer Johnson @ Atlantic (PJA) on the site of the 60- acre Atlantic Shipyard facility near Jacksonville, Fla. The new Palmer Johnson division will specialize in providing service and refit for yachts measuring 197 ft. (60 m) or larger.

According to Phil Friedman, president and CEO of Palmer Johnson, the new venture will be able to haul, service and refit basically any yacht in the world.

"The combination of Palmer Johnson's highly skilled finish craftsmanship and yacht project management expertise with Atlantic's extensive shipyard experience and facilities will produce a capability second to none in the world," Friedman said. "Given Palmer Johnson's established track record in service and refit of high-end megayachts, and Atlantic's experience in handling large vessels of all types, we expect Palmer Johnson @ Atlantic to draw clients from a global market." Friedman's sentiments were echoed by Atlantic Dry Dock president Ed Fleming, who reiterated that Atlantic has, on several occasions, "utilized its exceedingly strong shipyard capabilities in the hauling and servicing of larger yachts." More specifically, the company recently hauled and completed bottom work on Limitless, which at 350 ft. (106 m) is reportedly the largest special built yacht in the world.

"With space available at our 60-acre facility, we have for some time wanted to reach seriously into superyacht and refit," Fleming said. "We therefore determined that the most effective way to move quickly to the upper end of the market was to join forces with Palmer Johnson." Located at the mouth of the St. John's River, just inside the Jacksonville inlet, Atlantic Dry Dock is less than two hours away from Palmer Johnson's 30-acre refit and service facility in Savannah, Ga. A dedicated area at the Atlantic shipyard will be sectioned off specifically for PJA's yacht work. In addition, plans for the erection of a 300-ft. tracked building that will enable paint and other yacht work to be performed under cover are also in the works.

PJA will focus on providing seamless service to both superyacht owners and captains, specifically in the realm of estimating/bidding, general contracting, project management and single-source billing for all yacht work at the Jacksonville facility. The company will have its own offices, workshops and dedicat- ed on-site project management team; labor, logistical and administrative support will be provided on a joint basis by both companies.

Support for a 65,000 sq. ft. Interior Completions Center will be granted by Palmer Johnson Savannah for cabinetry and joiner work. 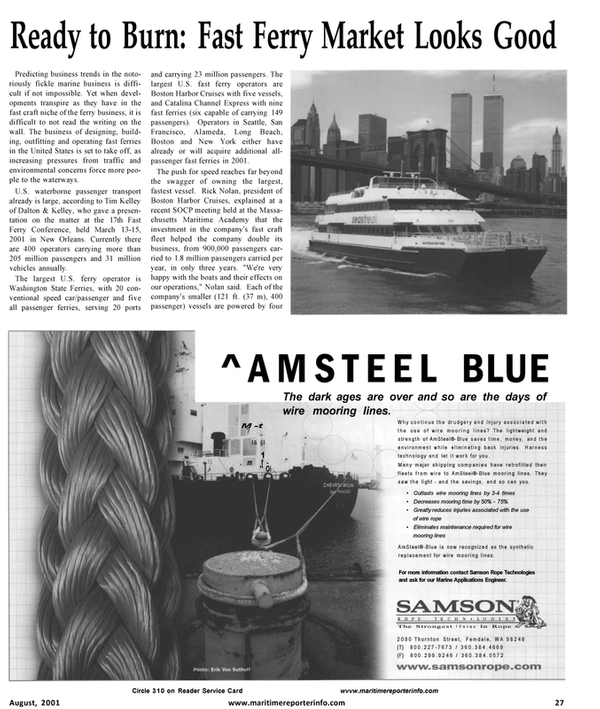