to ships entering the Cape Fear River en route to the port of Wilmington, works alongside another pilot boat built by the Somerset, Mass. yard in 1974.

Measuring 52 ft. (15.8 m), the all-aluminum boat was designed by C. Raymond Hunt Associates of Boston and Gladding Hearn. It has a 17 ft. (5.1 m) beam and draws 5 ft. (1.5 m). The vessel is powered by twin Caterpillar diesel engines, each rated for 480 bhp at 2,100 rpm for a top speed of 24 knots. The engines turn the five-blade Hall & Stavaert bronze propellers via Twin Disc reverse/reduction gears. The 10 kW Northern Lights genset, is cooled by a split-pipe keel cooler to prevent marine growth from fouling the heat exchanger.

Fiberglass/lead acoustical insulation is installed overhead, under the deck and against the engine-room bulkheads - reducing onboard noise to less than 80 Dba at cruising speed.

According to its designer, Cape Fear Pilot II incorporates recent subtle changes and improvements to Ray Hunt's deep-V hull design as it was first adapted for pilot service in 1978. 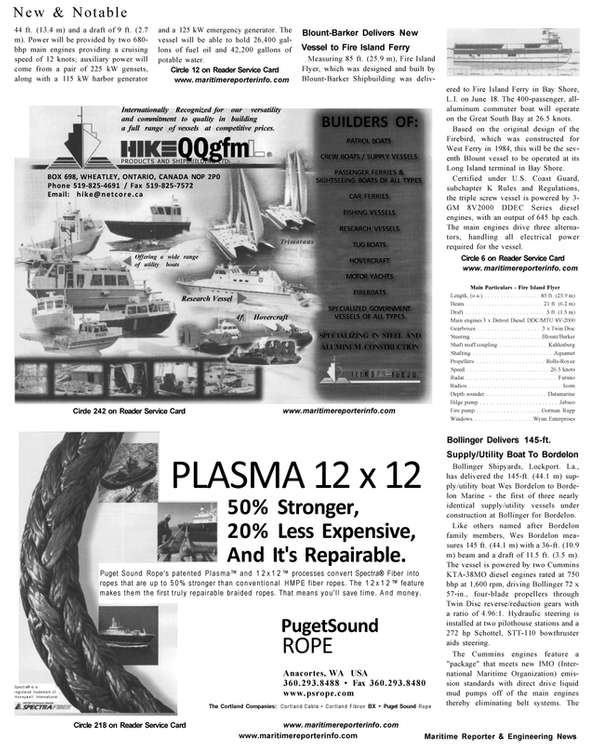